For most people who have tried to learn Russian, accurate pronunciation seems to be a constant struggle and challenge, not to mention all the complex grammar rules that need to be memorized!

Surprisingly, Russian pronunciation and grammar can actually be learned much easier and faster than you thought. Here at Glossika, we understand the difficulties of learning a brand new language. If you’re learning Russian for the very first time, you might have a hard time with proper pronunciation and grammar. A comprehensive guide addressing these difficult concepts in a way that’s easy to understand will be a great help in your learning journey.

Instead of focusing too much on the technicals, you'll find out how Russian words are actually pronounced by using references to English words with similar pronunciations. Learn the key points to help you effectively understand every aspect of Russian grammar, including intonation, word order, parts of speech, and much more.

Why do Native Speakers Sound Different from the Book Pronunciation?

In all languages, the writing system is a loose representation of what a language actually sounds like. I like to call it writing in a lossy format because it only records the most important aspects -- just enough so that you can recognize what a word is. Writing systems leave out a lot of details about how a language is actually pronounced because not everybody pronounces everything the exact same way.

As a linguist, I could tell you that it has to do with the surrounding letters and where the stress falls. Despite all of these different sounds, we all agree to write them simply as the letter {t}. In other words, some details have been lost when we write words down. The real pronunciations can be deduced by environmental cues. This holds true for every language on earth.

Many foreign language teachers are not completely aware of this contrast, which I find amazing but also a bit scary. Most native speakers will claim that deviations from the written pronunciation are incorrect or even "lazy" and if they don’t use it then neither should you. However, linguists have proven that this is entirely untrue. These same people will turn around and take a call from a family member and start speaking naturally using this very "incorrect" pronunciation. But why?

If every native speaker produces this so-called "incorrect" pronunciation naturally and in the same way, then it is not incorrect, but rather a natural phenomenon. This can be explained with sound rules.

What makes Russian hard to pronounce from the writing is that the stress is unpredictable as it is not marked in the writing (same as in English). The advantage over English, however, is that Russian spelling is quite consistent. Since the spelling system was last updated in 1917, there are quite a few noticeable deviations from the spelling system starting to happen. Overall, Russian grammar is much more consistent than English. 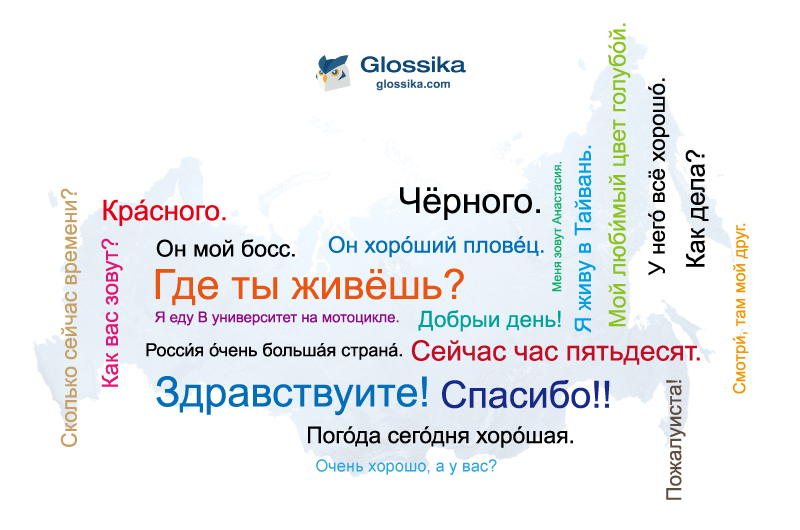 We use subject-verb-object (SVO) word order in both English and Russian grammar. If you've ever learned German, you'll be pleased to know that Russian does not move things around in the sentence.

However, the neat thing about Russian grammar is that although there is a preferred word order, things can still be moved around. It has free word order which doesn't affect or change the meaning whatsoever. This means that Russian is a great language to write poetry in, which is where you'll see more free word order appear.

When learning Russian grammar, it's very important to recognize the parts of speech. This will help you understand the meaning of the whole sentence better. Luckily, every word is marked up with parts of speech data in Russian, so as long as you recognize the endings, you should be able to quickly make educated guesses of what words mean. ...(Continue reading in the Ebook Guide)

This free ebook will guide you through some of the major features of the most spoken language in the East Slavic language family. Get a comprehensive introduction on Russian pronunciation and grammar, including linguistic references you’ll find useful at any stage of your personal language training. 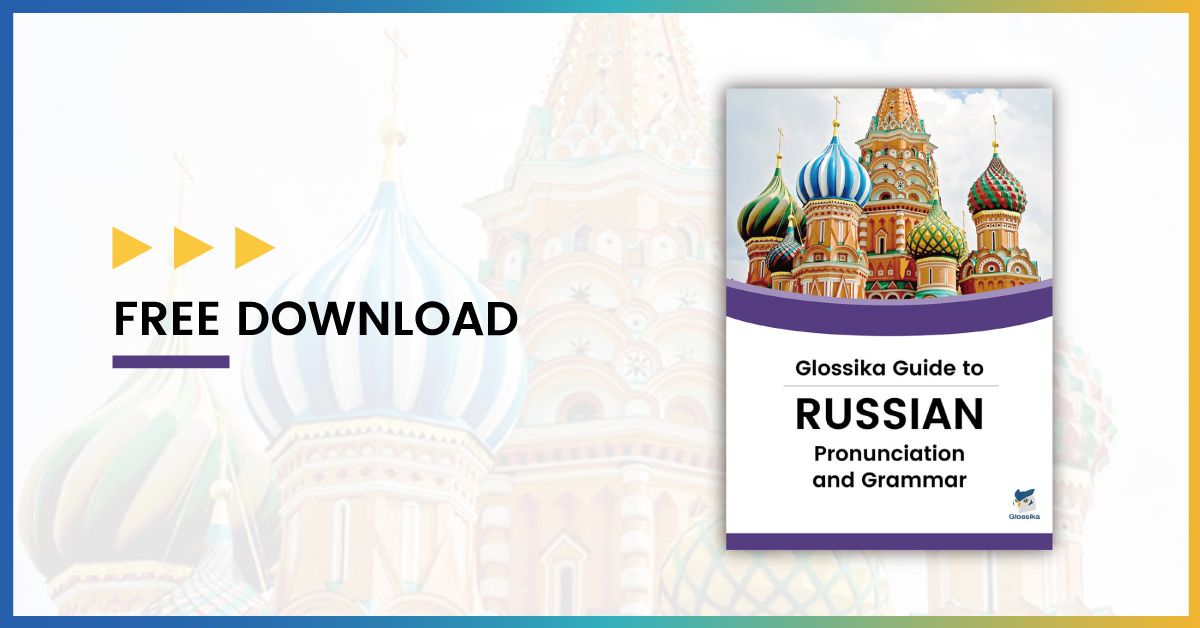 Glossika is a team of linguists and polyglots dedicated to changing the way people learn foreign languages to fluency through a natural immersion self-training method.

So if you are looking for a method to help you breakthrough to fluency, be sure to try Glossika for free! Sign up on Glossika now and get your Russian audio training started:

Overview of the Italian Language The Italian language is one of the most popular and favorite languages to learn. Although most people would consider it to be relatively easy to pick up, there

Team Glossika would like to wish you happy holidays! This year, we've prepared 3 surprises for you! In this Article: When Does Chinese New Year Occur? The Animals of the Zodiac: learn how