Learning the Basics of the Thai Language

As you may already know, Thailand is one of the most popular travel locations among tourists in the world. So learning Thai is always a great choice, especially for those of you who are planning to either travel to Thailand or live there. As one of the more diverse countries in the world, the people of Thailand are usually very welcoming to foreigners.

As English is typically taught in schools, a large part of the Thai population can speak English at a conversational level, if not fluent. However, the above actually varies depending on their school and how affluent of a background they come from. If they're based in one of the major cities such as Bangkok or Nonthaburi, there's a higher chance that they've received some form of English education whereas people who live farther away from major cities tend to be somewhat lacking in that regard.

Thailand has a population of around 63 million with roughly 17 million being English speakers. So while English is in fact a major language in Thailand, there will be plenty of occasions where knowing English just isn't quite enough. Again, you'll find that you're able to get by in major cities and other tourist hotspots, but not so much once you get out of the city.

Of course, while the biggest reason to learn Thai is no doubt to be able to communicate with the people of Thailand in their official language, you'll find that there is so much more than that. Without exception, the one thing you should always respect when you visit a foreign country is its culture. By learning the language, you are able to get a better understanding of Thai culture. This way, you can not only communicate with the people of Thailand, you will even be able to connect with them on a personal level.

Glossika will surely give you the necessary tools to communicate effectively, and even become fluent in the language. When going about your everyday tasks and taking care of travel necessities such as flights, transportation, accommodation, running errands, eating out, and more, Glossika will show you the ropes and help you learn everything you need to know about speaking and getting around when traveling in Thailand.

Introduction to the Thai Language 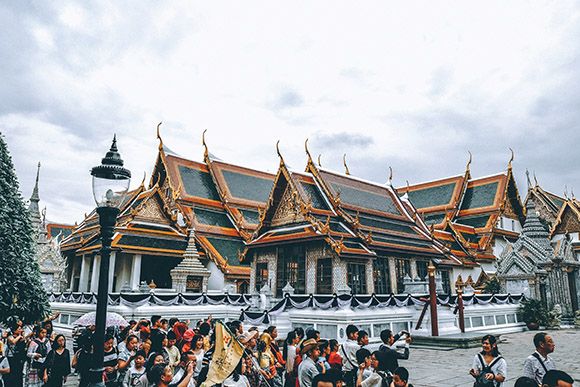 Thai is the official language of Thailand and also the native language to a large part of the Thai population. Categorized as a Tai language as part of the Tai–Kadai language family, Thai is closely related and incredibly similar to the Lao language. Also, much of Thai vocabulary is borrowed directly from Pali, Sanskrit and Old Khmer.

This makes sense as the Thai alphabet was derived from the Old Khmer writing system, which also descended from the Brahmi script. In total, there are 44 consonants in the Thai alphabet, though only 35 of which are actually commonly used. There are nine vowel sounds in Thai but each of the vowel sounds can have either a long or short duration, which makes a total of 18 vowels.

Similar to Chinese and Vietnamese, Thai is a tonal language consisting of five tones in total. This can make things a little complicated but not to worry! In the chart below, you'll find a very basic illustration for the different tones, the markings for each tone, and how sounds differ for each tone. We'll cover the rest of tones, consonants, and vowels, and much more with Glossika!

Learning survival phrases that will come in handy during your travels in Thailand is extremely important if you want to be able to do everything you need to do. However, sometimes it can be hard to get started. Below, you'll find a compilation of sample Thai travel phrases that will get you off on the right foot. This covers a little bit of everything including booking your flight, booking accommodation, ordering a meal, and asking for directions.

The best way to start learning a new language is through audio. Glossika's audio training gives you 5000 Thai sentences to help you achieve fluency.

Once you start learning with Glossika, you'll have the means to consistently improve upon your Thai language skills until you're able to speak and listen at a fluent level so you'll be able to get around and communicate while in Thailand. So don't delay — start learning Thai with Glossika and get ready for your journey to Thailand!

Sign up on Glossika now and get 7-day of audio training for completely free: 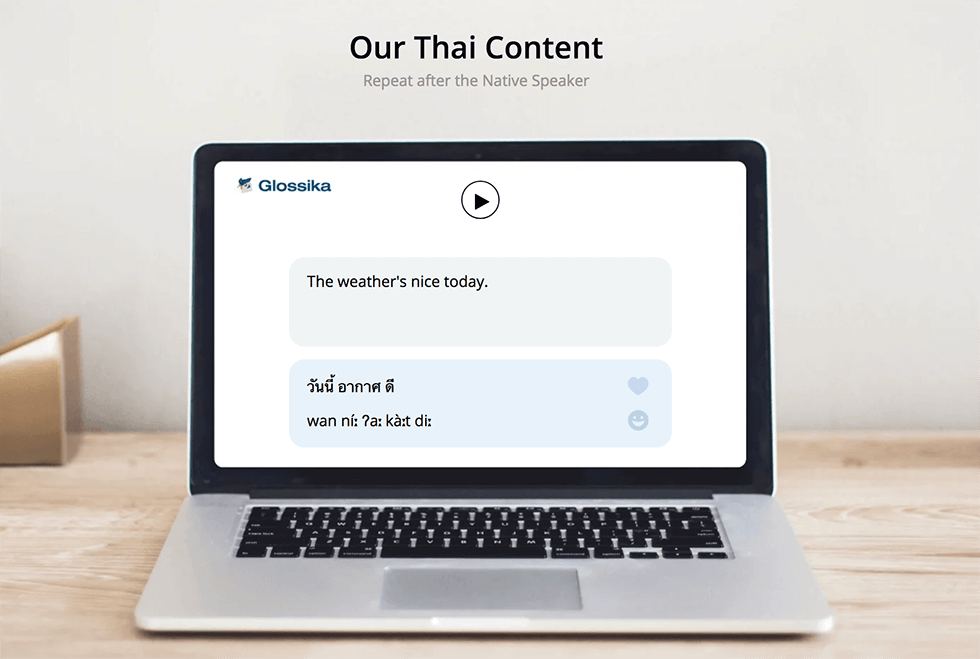 Learning Tagalog for Beginners As Filipino and English are the national languages of the Philippines, you'll have a much easier time in your travels if you first learn Tagalog, which much of the