Welcome to the Awesome Studio!

Being known for this brisk signature opening for his popular YouTube channel, it’s no secret that René, a young language lover with a curious mind, has taught himself to learn over 17 languages. Having experienced massive growth of 2000% for his YouTube channel within a year, he takes great pride in his self-learning journey and has never considered himself a polyglot.

In this personal interview, let's take the perspective of a creative learner and see how René integrates language with the living environment by making connections to his daily surroundings 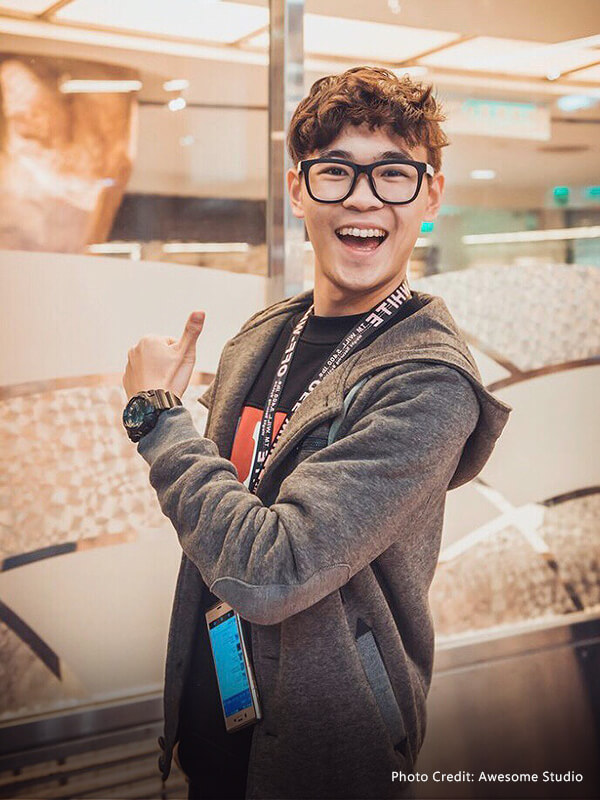 
Q: As a successful self-learner, what's your take on languages?

A: Essentially, language is a communication tool, but it also serves as the bridge between cultures. People tend to let their guards down when you speak their languages. They let you in more on their lives and cultures. My ultimate goal for language learning is to communicate to the world!

Q: What’s the connection between language and culture? In your own experience, is it necessary to visit a country in order to get to know the culture and language?

A: Languages are revolutionized by cultures. When you look at languages from different standpoints, you’ll also discover fascinating facts about cultures. For instance, the way Korean Honorifics are standardized; why Chinese uses actual “numbers” in days of the week; Thai uses the same word for boyfriend and girlfriend” and more... the examples go on, but to an extent, the answers always lie within the culture.

We often learn about cultures from reading, but eventually, we should take that step and go for a personal excursion. When I plan for my travels, I try to make them one-to-two-week trips while avoiding tourist spots. I don’t mind speaking in broken English or fragmented local dialects, as long as I blend in with the local culture.

Q: Do you divide your learning journey into different periods? And how do you transition or adapt to each period along the way?

A: Yes, I divide my learning journey into 4 stages...

Initially, we start learning with great inspiration or a specific goal in mind.

At the early stage of language acquisition, most of us learn the alphabet, basic greetings, and even show off what we know with confidence. Learning progresses consistently, as we allocate enough time for daily training before we hit a plateau.

With lack of motivation and depleted efforts over time, most learners will “take a break” or quit altogether. However, if they’re willing to approach their training differently – by mixing up or combining additional resources, or considering the possibility of language exams – they’re very likely to overcome a learning plateau.

Once they’ve found a way to break through the learning issues that they might be dealing with (whether it’s relevant to motivation, goal-setting, method of learning or productivity), they’ll get that good feeling of knowing their language very well and being able to hold a conversation smoothly. This is what I call fluency.

For anyone to go beyond fluency, he/she has reached mastery or the “art of speaking.” At this stage, his/her expression is further refined with precise word choice as well as colloquial usage. 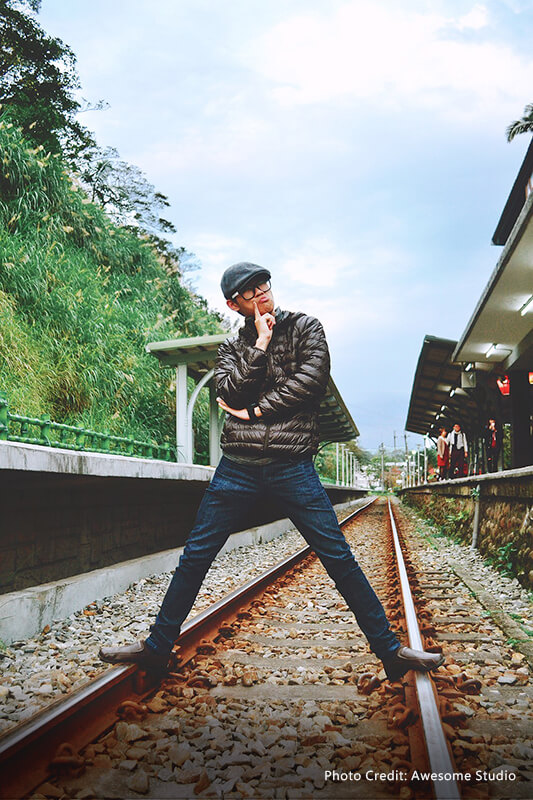 
Q: You’ve once mentioned that when you switch between languages, it’s a mindset shift. What does it mean? What do you go through in the process?

A: I’d like to look at “mindset shift” as intentional efforts for a more in-depth understanding. First, take some time to define the meaning of something in a specific language for yourself before switching your mind to think in a different language.

For example, “nice to meet you” in Japanese (初めまして) has nothing to do with being nice, but simply “seeing for the first time.” Or “that was awesome,” in Chinese is just “awesome.” Those cases emphasize the importance of mindset shift, where most languages can’t be taken literally or translated directly.

Q: Have you gotten confused between languages, since you’ve learned so many of them?

A: Absolutely not! I like to look at languages as sports – the more you play, the better your coordination will be. It’s unlikely that in the middle of a tennis game, you’ll suddenly take the ball and dunk it in the basket, right? Instead, you'll put aside the racket and tennis ball first, then pick up a basketball for dunking. This also ties in with the mindset shift, where you're perfectly competent at switching between different languages without getting confused.

Q: Have you tried to learn a new language with a previously acquired language? Do you recommend using a second language to learn a third language?

A: Yes, I’m currently taking a German class and it's taught by a German professor in English. If this class was taught in Chinese, I can imagine that my understanding in learning would be more limited. But since it’s taught in English, I not only learn it from my existing knowledge in both Chinese and English but also benefit from the similarities between English and German (both being members of the Indo-European language family). 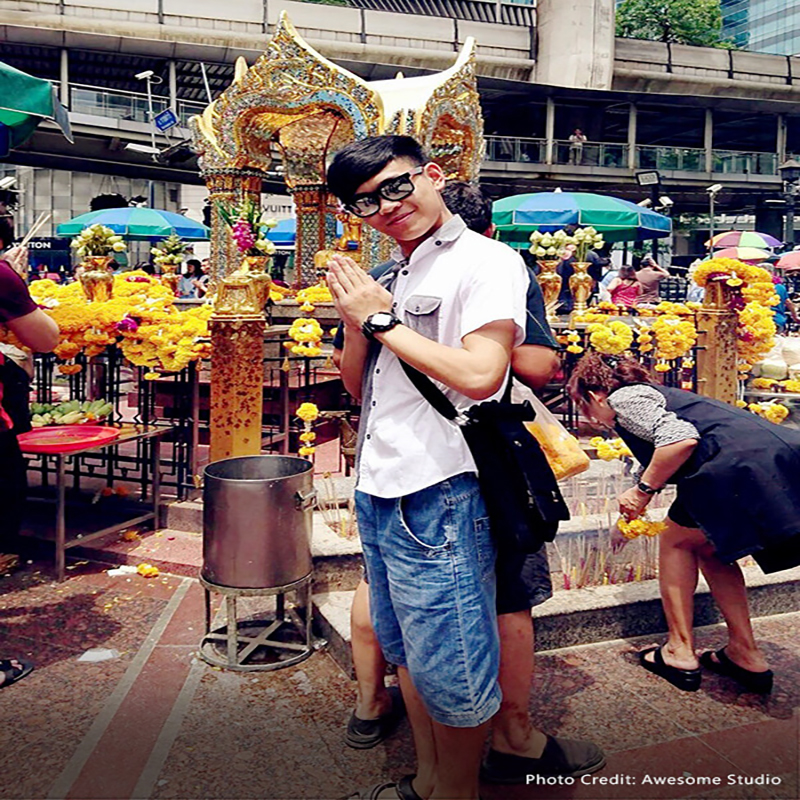 
Q: Any recommendation for efficient learning? How to plan an effective training schedule?

A: I don't have a schedule that I follow because I am learning too many languages.

However, I do like to emphasize 2 important aspects of language learning:

The most efficient way to tackle any language is to learn it every day. For example, I recently launched “Daily Awesome Post” on my Instagram, where I share a fun tip on how to remember each new vocabulary. Another useful tactic is setting a goal, like read an article or learn a new song every week. Personally, I think it’s imperative to pressure yourself at times to get the results you want.

Last but not least – avoid excuses at all costs! Learning anything takes great discipline and determination, so in a way, you have to work on your habits. In the end, it’s a matter of overcoming yourself and giving your best.

Q: How do you get your learning resources?

A: I usually buy a book for the language that I’ve decided to learn, just to get a basic idea about this language – the alphabet, pronunciation, basic grammar, and so on. When I’m able to recognize some basic vocabulary, I’ll search for other resources.

Since I’m an online learner, and I like to get everything I need all at once, I rely on YouTube and Google for most of my learning content. You can find pretty much everything on the internet nowadays, even language mock exams, so it’s a great place to hunt.

Q: You primarily use Mnemonics Method to learn and teach languages. How does it connect to our surroundings and why is it useful?

A: The reason why I highly recommend this method is that it’s effortless for people to make direct connections from a new language to something they’re already familiar with. It could be similar or relevant phonics, imageries, or sometimes both. These personal connections are very useful in improving one’s oral communication and memory retention.

However, I'd like to make a note on using this method: always learn the correct pronunciation with native speaker audio.

Q: You’ve made a handful of videos on dialects and tones. How do you tackle this aspect of language learning?

A: I didn’t learn to master the tones (like Malaysian Chinese) per se, but if I aim to speak like native speakers, then I talk to them as often as I can! I always felt that intonation is something you’d have to work on after you’ve gone beyond fluent in a language.

For example, even if I can’t distinguish the Kansai dialect to begin with, but if I listen to it enough, I’ll gradually be able to tell the difference. In fact, by hearing and mimicking after native speakers will work wonders for your listening skills!

Q: You’ve previously announced that you’ll be focusing on learning Thai this year. Any plans on meeting your goals? (Note: René is already fluent in Thai)

A: Well, I’d like to finish a Thai book that I’ve been trying to get through. After college, I plan to move to Thailand and stay there for 3 months. I’m convinced that by immersing myself in the environment will be the biggest motivation for me to master a language.

(You can also create your immersive environment from home)

Q: Looking back on your learning journey thus far, what’s the one thing you’d like to say to the young René that first started learning languages?

A: “You’re exactly where you need to be – what you’ve learned will always be the great asset in your life ventures!” 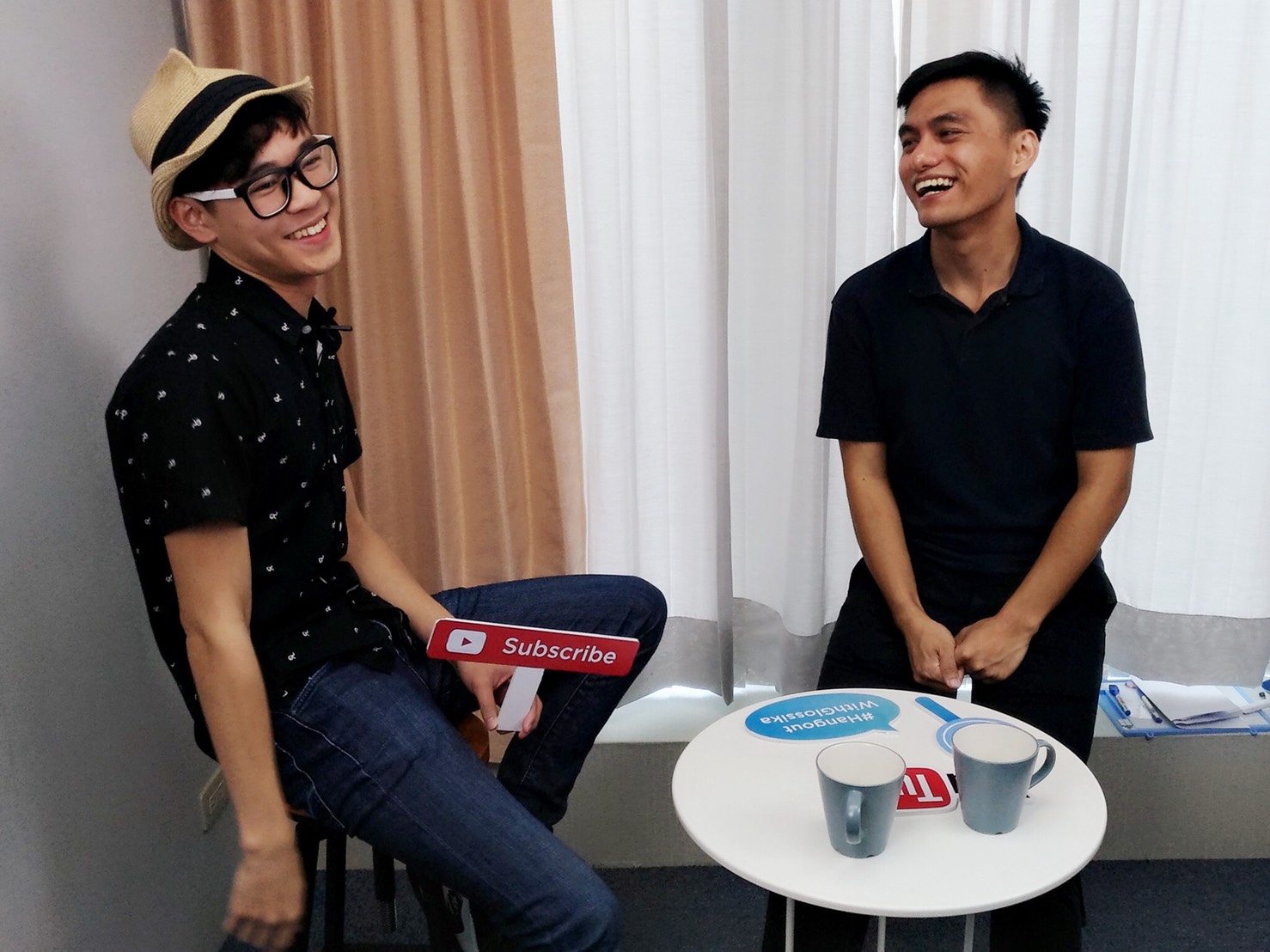 Now it's Your Turn


Would you like to start speaking a new language through simple sentence training and experience fluency with our easy-to-master method?

The complicated verb conjugation and the differences in word order might scare you away from learning French. But guess what? French learning isn't all scary. Take a look at French learning from a native French speaker's point of view, it's actually easier than you think!

Most polyglots speak unwritten languages that have no dictionaries or written words. The author takes you on an adventure to uncover the long lost tradition of oral language learning from around the globe.

The Glossika Blog
—
Communicate on a Whole New Level: Awesome Studio
Share this