Breaking Through Barriers in Writing

When it comes to learning a new language, we aim to master all areas of competencies: reading, writing, speaking and listening. While most learners envision to acquire the ability to communicate (make conversation) with native speakers, they often stifle their learning potential by diving straight into a sea of grammar rules and vocabulary lists.

Even though at first it might feel like you’ve done a lot of learning, you’ll still hit a plateau. This happens when someone claims to know many vocabulary words but can’t seem to use them in a complete sentence. Another common scenario is mixing up grammatical parts and constructing a phrase that doesn’t even make sense. These situations indicate that learning through memorizing the writing system rarely leads to lasting effects.

Rather than evaluating the writing systems, it is important to understand the differences in learning process between native speakers and language learners. The writing system may be considered a standard learning method for native speakers, provided that they already speak their own language fluently, even before going to school. Since they have an organized structure of the language in their mind, it doesn’t take them much effort to "learn" grammar or vocabulary -- it just happens.

However, this doesn’t work the same way for language learners. Instead, they would require more data to help them pronounce the language correctly and accurately. They may achieve this through mimicking the native speakers and with help from phonics.

Phonics: Say it Right From the First Word

Just as alphabets are essential to a writing system, phonics are fundamental to any language. For example, in Arabic, the vowel marks, “tashkeel,” distinguish short vowels from long ones, helping learners pronounce each word correctly. Due to countless sound changes in many other languages, like Korean, Hungarian or Russian to name a few, it’s highly beneficial for language learners to first become familiar with the pronunciation (phonics) rather than writing system.

Learning different kinds of phonetic markings in languages could be quite challenging, as some people even think of phonics as “a language of its own.” But once you’ve mastered the phonics in your target language, you’re ready to take the next step: sentence patterns.

Word by word, learners begin to construct complete phrases and understand the grammar structure through sentence de-construction. This is done through the gradual build-up of sentences. For instance:

Within each section of the sentence, you can establish better fluency by building up starting from the end and moving forward:

As a speaker of English, you’ll notice that the /t/ in “to” sounds different when comparing “to eat” and “want to eat.” In relaxed conversation, native speakers soften the /t/ to sound as /n/. With the variety of languages in the world, it is no wonder that some have fewer rules whereas others may have many more complex rules than we could ever imagine. The only way to build up confidence is to learn how to say everything in groups of words at a time.

The pronunciation of entire phrase(s) will sound slightly different, depending on the local dialect or native tone. Therefore, paying attention to how they sound is crucial. The key point here is that sentences are structured to serve as a framework to teach learners about grammar, without memorizing the particles or their order of structure. Through repetition and review practice, these patterns become clear and comprehensible.

Conversation not only requires the ability to respond, after processing what’s being heard, but also a strong sense of confidence. When learners first learn by speaking (with phonics and mimicking native speakers), they’re starting off on the right foot. What learners really need is to be immersed in an environment with practical phrases, useful for everyday conversations while progressively making sense of the grammatical components in their target language.

This learning method will ensure them the confidence to speak correctly, taking that first step towards communicating with native speakers and fulfilling their ambition of learning a language.

People learn languages for different reasons, may it be for professional opportunities, job requirements, to warm up a relationship or just for fun, they all have one greater purpose in mind: reach fluency with confidence.

While many existing language learning materials on the market start introducing learners to basic grammar or emphasize on reading and writing, learning like native speakers actually requires a keen focus on listening & speaking comprehension. This is not to disregard the writing system entirely, but developing commanding skills should arrive at the later stage of language learning, not in the beginning.

Language learners who aim for effective progress are strongly advised to start learning to speak through listening, in order to develop the correct tone and pronunciation from the very start. These “sounds” are the building blocks from words that build into sentences, which allow them to recognize grammatical patterns and absorb new vocabulary words simultaneously.

Human brains work in miraculous ways, but learning habit is a personal choice. It's no doubt that the “best way” to learn anything (such that as a new language) consists of time investment, persistence and continuous practice. A language training done right could easily result in oneself slipping out different languages in daily conversations without realizing it.

If you've let the writing system throw you off or caused confusion in the past, now you can take full control. Start training your ears to pick up the the sound of language and learn what's really important -- if you can hear it, then you can say it! 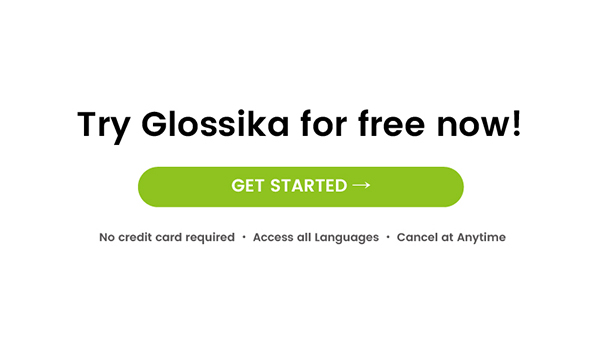 Differences Between Arabic, Persian, and Kurdish In this article we will demonstrate to you how you can easily tell the difference between the languages written in the Arabic script. Much like most European

This week's guest post comes from Beatrice Moreno who runs the blog: Anything but Language As many tourists do, you may one day find yourself walking along the streets of Barcelona. You’ve