This week's guest post comes from Beatrice Moreno who runs the blog: Anything but Language

As many tourists do, you may one day find yourself walking along the streets of Barcelona. You’ve decided to prepare your trip by learning some survival Spanish so that you can communicate with the locals and understand what’s going on around you a bit better. But much to your surprise lots of the signs, posters, ads and all things written around you don’t look quite as the Spanish you’ve been learning. So what’s going on? 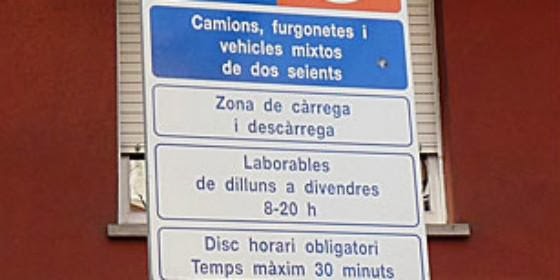 Let me introduce you to the language you’ve just encountered, it’s called Catalan! You may have heard about it before, you may have not, but in any case you’ll see it all over the place during your holidays in Barcelona.

So what exactly is Catalan?

Catalan is a Romance language which evolved from Latin, just as Spanish, French, Italian, Romanian and Portuguese, to name a few.

It is spoken by around 10 million people, mainly in Spain, but also in Andorra, where it’s the only official language, and in a city called Alghero in the island of Sardinia, Italy.

“But I thought people spoke Spanish in Barcelona!”

They certainly do speak Spanish, but Barcelona is situated in the Spanish autonomous community of Catalonia, where along with Spanish, Catalan is also an official language, hence the bilingual situation you’re most likely to encounter. However, you can absolutely get by in Spanish if that’s what you want, don’t worry :)

“Why should I learn it then?”

If you’re just going to stay there for a short period of time it probably won’t be worth it, but if you’re planning on staying a bit longer, like an academic year or more, then you should definitely give it a thought.

So to help you make up your mind I’m going to give you a handful of reasons why you should consider embarking yourself in the adventure of learning the language. Ready? Go!

Why learning Catalan can be a very good idea

Bonding and fitting in better with the locals

There’s probably plenty of people who won’t mind speaking to you in Spanish, but others will certainly have a more positive attitude to you if they notice you’re making the effort to communicate with them in their native language.

You’ve heard about the famous Nelson Mandela’s quote, right? Speaking to the natives of the region in their mother tongue will probably open you a few more doors than if you just do it in Spanish.

Studying at the university

If you’re thinking about studying in Barcelona or other cities in Catalonia during a full year or even just a semester, you may have to deal with Catalan on a daily basis.

It varies depending on the university, and sometimes even depending on the lecturers, but it’s possible that at least part of your classes will be in Catalan. You can always ask other fellow students or the professors if they would mind switching to Spanish if you’re having too much of a hard time understanding the lectures, but they won’t always consent to it.

Making the most out of your experience

As I mentioned at the beginning of the article, lots of signs and information in the streets will be written exclusively in Catalan. But not only that, there’s all kind of media in the language, and much of the cultural activities might also take place in Catalan ranging from presentations to workshops, music festivals, theater plays and other sorts of entertainment, which means, you might be missing out on a lot of things if you can’t understand what’s going on.

If you're considering the possibility of working in the region, many places won't hire people who don’t speak Catalan. Especially those jobs which involve being in contact with the public will most certainly require you to speak the language given that since it has an official status, everyone has the right to address you in it and therefore you should be able to reply back to them.

Same happens if you intend to work for the local government. You’ll be required to have a high command of the language and probably even take a test or be able to provide a certificate which proves your level.

Being closer to the culture

Language and culture are always closely connected, which means that the better you understand the language, its nuances, its expressions, its idioms or its vocabulary, the better you’ll understand the culture that surrounds you. Besides, it's a sign of respect to learn the language of the land which is going to, even if only temporarily, be your home.

Have I succeeded? Are you considering learning Catalan now? If that's the case, there are great free resources out there such as TV3's (Catalonia's regional TV station) Youtube channel, its website, Catalunya Radio’s website, the Catalan version of El País (one of Spain’s biggest newspapers) or La Vanguardia’s and El Periódico’s websites, two of Catalonia’s most read newspapers.

If you’re more of a music lover, there are plenty of artists which perform in Catalan as well, like Joan Manuel Serrat, Lluís Llach, Sopa de Càbra or Ja t’ho diré, among others.

But of course, don’t forget that Glossika has its own Catalan course! And it's completely FREE! Learn to speak Catalan now! 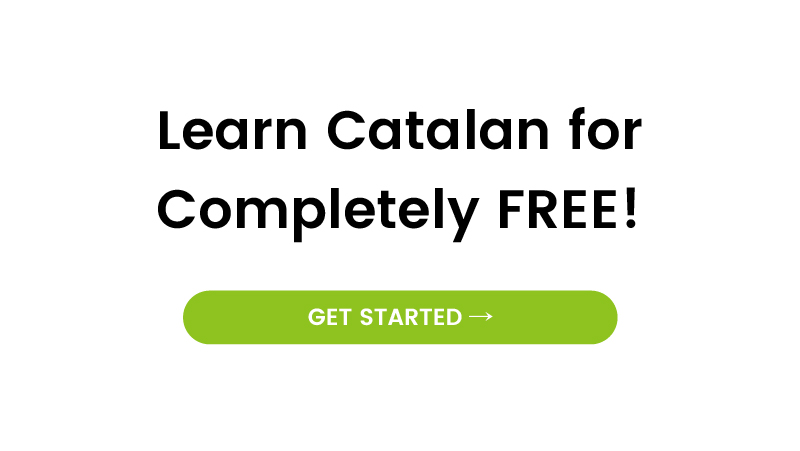 Breaking Through Barriers in Writing When it comes to learning a new language, we aim to master all areas of competencies: reading, writing, speaking and listening. While most learners envision to acquire the

How to calculate how difficult a language is? How accurate are the infographics floating around the web these days about language difficulty? — Pretty inaccurate! They're mostly subjective opinions that people have based on

The Glossika Blog
—
5 Awesome Reasons To Learn Catalan
Share this