Mandarin Chinese has a reputation of being one of the most difficult languages in the world. The reason for this common belief lies primarily in the writing system. There's no clear alphabet system that directly dictates the writing system and there are a total of over 50,000 unique characters in the Chinese language! This might sound a bit intimidating but don't worry, you only need to know a fraction of that number to actually be fluent in Mandarin Chinese. Although the average educated Chinese person will know somewhere around 8,000 characters, you only really need to know about 3,000 characters in order to read a newspaper or go about your daily life.

While Mandarin Chinese is a language that uses completely different pronunciation and grammar rules from English, it is not inconceivable that you can actually start speaking fluently on a conversational level in a matter of months! We take a straightforward and simplistic approach when tackling each of these points to give you the information you need in the easiest way possible. With our comprehensive guide to Mandarin Chinese pronunciation and grammar rules, you'll be on your way to speaking and reading in no time!

In this article, we'll be covering the sounds for Chinese pinyin, tips on how you can improve your pronunciation and learn each of the tones, a comparison of Mandarin Chinese with other East Asian languages, and a complete breakdown of Chinese grammar rules. But we're only just scratching the surface! At the end of this article, you'll be able to get a free Ebook download to Glossika Guide to Chinese Pronunciation and Grammar. 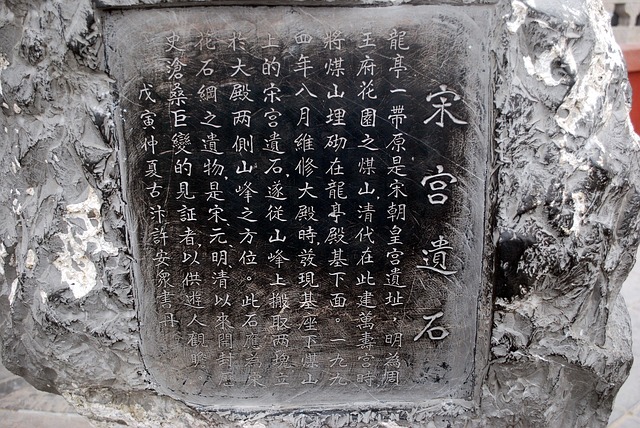 Be sure to reference the Glossika infographic for a better understanding of the Pinyin spelling system.

Pinyin uses the voiced letters {b, d, g, j, zh, z} out of convenience. These letters aren't really as voiced as much as they are in English.

Pinyin uses the unvoiced letters {p, t, k, q, ch, c} to represent strongly aspirated letters. These letters are equivalent to the sounds at the beginning of English words. But for anybody coming from a European language (like Romance or Slavic), it will be easy to make mistakes if you're not used to the aspiration. Make sure you pronounce the aspirated letters properly, otherwise a simple word like "see" (kan) can quickly turn into you yelling obscenities at people.

The following letters do not have anything special or different from most other languages and can be learned quickly: {m, f, n, l, h, s, ng}. 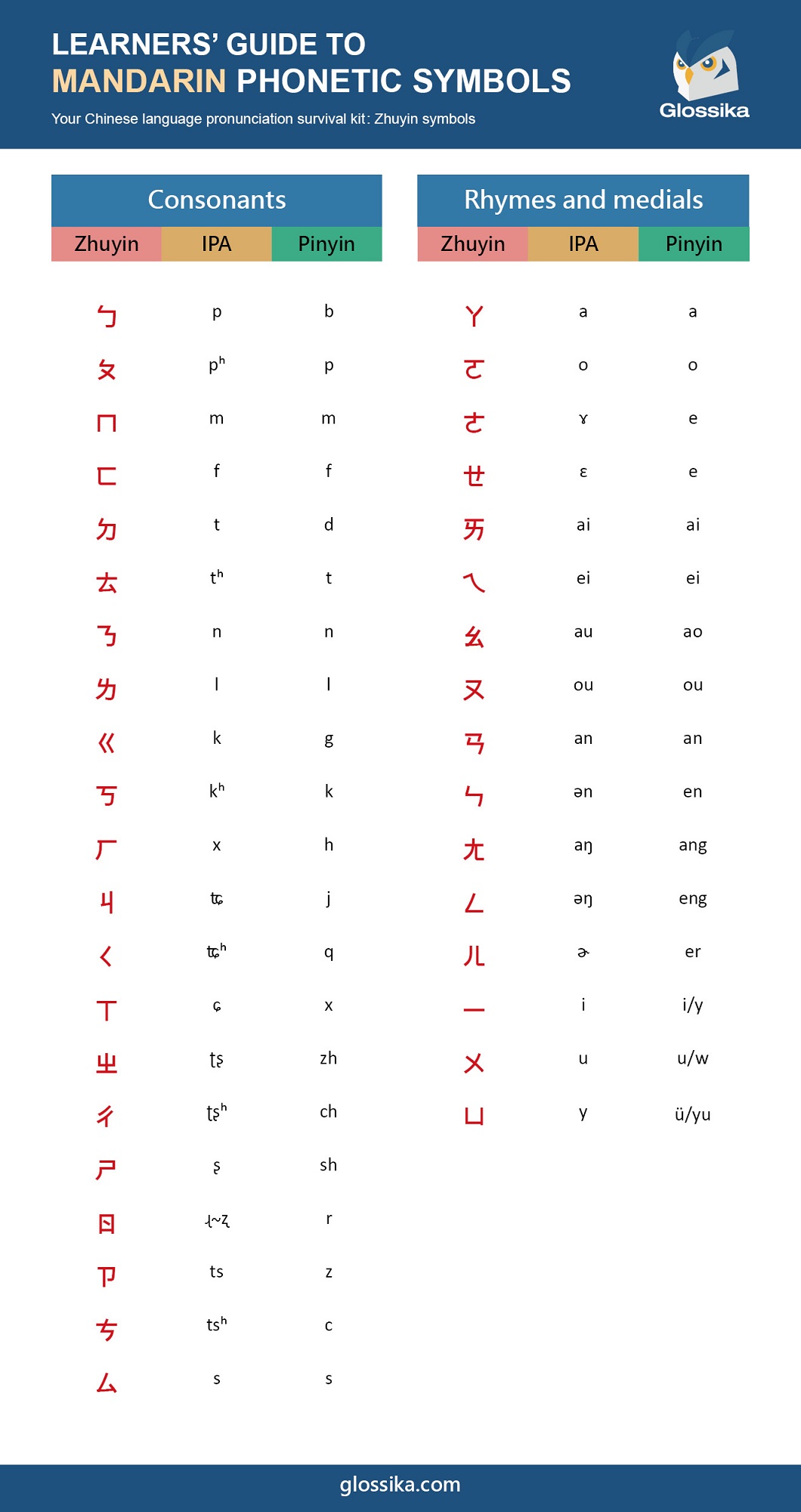 This is pretty straightforward, except that Pinyin has a few shortcuts and abbreviations. We'll discuss each in turn.

The following letters are pronounced in a standard way that you'll find among many languages such as German and French and match the IPA standard closely: {a, e, i, o, u}. In our complete guide to Chinese pronunciation and grammar, we'll discuss in detail each aspect of the Chinese vowel system such as tricky, counter-intuitive vowels, vowels that tend to be avoided in pinyin, and much more!

Glossika provides a handbook for improving your pronunciation, especially tones in multiple syllable words, as these seem to be the hardest to grasp for learners of Chinese. Download your Glossika Guide to Chinese Pronunciation & Grammar.

Comparison of Chinese with East Asian Languages
Mandarin Chinese belongs to the Sino-Tibetan language family. Its far-flung relatives include Tibetan and Burmese. These languages split off from Sinitic at such a long time depth that there are few similarities between them and the rest of the Chinese languages today.

Chinese is positioned as a major influence over many other languages surrounding it in Asia. As much as 60% of vocabulary found in Japanese, Korean, and Vietnamese is borrowed from Chinese and integrated into those languages. Chinese also serves as a source for complex terminology in technology and the sciences just like the roles that Latin and Greek play for European languages.

Japanese, Korean, and Vietnamese actually have nothing else in common with Chinese.

If you're looking for the best way to learn Japanese, check out our complete guide to the basics of the Japanese language.

Let's take a look at how to construct basic sentences in Chinese:

A Chinese sentence is in the order of Subject - Verb - Object just like most European languages. In fact, Chinese uses a few helping verbs that displace the main verb and put it at the end of a sentence or clause. Anybody who speaks German will be familiar with this pattern, though it is not as pervasive as it is in German.

Like European languages, Chinese uses prepositions with a caveat: they're usually followed up by a postposition after the noun. This is because there is one preposition indicating position, and after the noun, you would specify whether that position is inside, outside, above, below, etc.

For example, to say "on the table", you would state:

Make a Breakthrough in Your Chinese Language Learning
With a combination of our Guide to Chinese Pronunciation & Grammar and Glossika's spaced repetition training, you'll see significant improvement in the level of your Chinese fluency in a relatively short period of time! Our Chinese Alphabet Game is perfect for anyone interested in learning the zhuyin system which is still commonly used in Taiwan. In addition, you'll even receive a free fluency trial course upon completion of the game!

Learning Chinese doesn't have to be the long, arduous task you think it is. With our effective learning tools and resources as well as our language hacks and tips, you'll find that learning Chinese isn't as hard as you thought it was. So grab your copy of your free guide to Mandarin Chinese pronunciation and grammar rules and get started on your path to Chinese language fluency!