The Spanish language evolved from Vulgar Latin and was brought to Iberian Peninsula in 218 B.C.. Languages that are unrelated to Latin were spoken on the peninsula before Spanish. Throughout the Middle Ages and into the modern era, the most important influences came from neighboring Romance languages. About 75% of modern Spanish vocabulary derived from Latin. Ancient Greek and Arabic also have a significant influence on Spanish vocabulary. The Spanish languages has taken vocabulary from other languages, especially the Romance languages such as French, Italian, Sardinian, etc.

Spanish grammar and typology share many features with other Romance language. But, Spanish was the first of the European vernacular to have a grammar treatise. As an inflected language, Spanish verbs are marked for tense, aspect, mood, and number. The nouns are marked for number and make up a two-gender system. Pronouns are inflected for person, number, gender (including a residual neuter), and case, even the Spanish pronominal system is a simplification of the Latin system.

Differences between Peninsular and American Spanish are not too significant; thus, those who have learned the dialect of one area will have no problem using formal speech in the other. However, the pronunciation varies, as well as grammar and vocabulary.

In any language, Spanish in this case, grammar, especially prepositions, can be confusing and seem to have no logic to them. A lot of the times, you just have to keep practicing them over and over until it’s stuck in your brain. They get easier and easier throughout the time. Below is a list of the main uses of por vs para to help you master the differences between these two prepositions.

A. Understand Cause vs. Effect

Para is used when the sentence is dealing with the effect and the purpose of the situation. The English phrase ‘in order to’ is usually associated with this preposition.

Esta agua no es para beber./ This water is not for drinking.

B. Differentiatie Travel vs. Destination

Por and para can also be used to talk about travel and destination. An easy way to remember when to use them is that por usually refers to travel or motion through a place or location. And, para refers to the destination of a journey.

Salimos por la puerta./ We left through the door.

Mañana salgo para Madrid./ Tomorrow I am leaving for Madrid.

2. What’s the difference between ser and estar?

Like por and para, learning the differences between ser and estar can often be challenging when learning Spanish grammar. They are both translated into “to be” in English, which makes it trickier to distinguish the differences between them two. ¡Animo, amigos! The table below is going to help you better understand when to use ser and when to use estar.

Ser is used to talk about permanent attributes or identity while estar is used to describe temporary states (conditions) or locations.

3. In Spanish, what’s the difference between volver and regresar?

Compared to the previous pairs, volver and regresar are somehow less complicated. It’s also easier to tell them apart. Volver and regresar are translated into “to return” in English. However, they are not interchangeable under some circumstances. All you need is to keep these few points in mind to avoid making mistakes when deciding which verb to use.

Como no le gustaron los zapatos, los devolvió./ Since he didn't like the shoes, he returned them.
Mañana regresaré el libro a la biblioteca./ I will take the book back to the library tomorrow.

Tengo que volver a estudiar./ I have to study again.
Se volvió rojo./ It turned red. 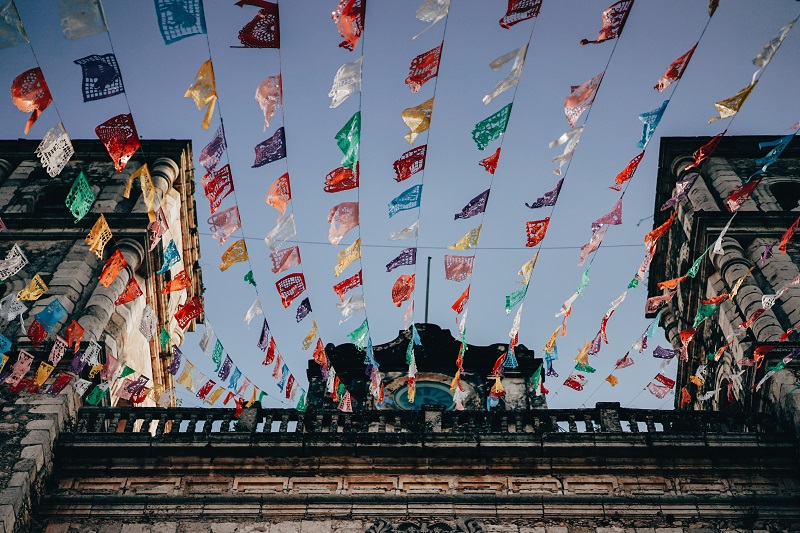 Which type of Spanish should I learn? Will I be able to understand people in Spain if I learn Latin American Spanish, and vice versa? These are two frequently asked questions by people who are interested in learning Spanish. Peninsular and Latin American Spanish are pretty much mutually intelligible with some minor differences. Below is a list to explain the differences.

A. Use of Vosotros

Castilian Spanish speakers use second-person plural form of vosotros when addressing a group of family or friends. And, the formal form of third-person plural - ustedes is used when addressing the elders. However, vosotros is not used at all in Latin America. Speakers of Latin American Spanish use ustedes in situations where Peninsular Spanish speakers would opt for the use of vosotros.

Normally, tú is an informal form of you while usted is the formal way to say you. But, this is only correct in Spain, Mexico, Caribbean Islands, etc… Vos replaces tú as informal you in Argentina, Uruguay, Paraguay, and Costa Rica. In other countries like Chile and Venezuela, people use both vos and tú. Last, some people in Colombia and Costa Rica use usted with their friends even their pets.

However, most Castilian Spanish speakers tend to pronounce the letter C (that comes before i and e) as a th /θ/ sound. The letter Z is also pronounced as a th /θ/ sound despite its position. This is called el ceceo. On the other hand, el seseo is the phonological characteristic of Latin American Spanish as well as the Canary Islands and portions of southern Spain. It is used to describe when C, S, and Z are pronounced as s /s/. For example, the word gracias is pronounced /ˈɡɾa.sjas/ in Latin America, parts of southern Spain and the Canary Islands. However, it is pronounced /ˈɡɾa.θjas/ in Spain.

🇪🇸🇲🇽Learn to Speak Spanish with Glossika!

Now that you have a better understanding of the main differences between Castilian Spanish and Latin American Spanish, does it make it easier for you to choose which one to learn?

Should I Learn Modern Standard Arabic or Egyptian Arabic? When it comes to learning Arabic, choosing which form to learn is by far the number one concern among learners. And, it’s a