Tiffany, or better known as The Taiwanese girl who speaks Japanese on YouTube, shares a good laugh with us over her disastrous day at work when she first moved to Japan.

With a genuine love for language learning, she’s currently on an international exchange program in Japan to immerse herself in the local culture.

When she chose Japanese as her major in college, Tiffany committed herself to getting the most out of her learning experience through dedicated efforts, keen observation, and full awareness.

Let’s unravel Tiffany’s mindset and see how she excelled in her own language learning while successfully managing her popular YouTube channel for learning Japanese. 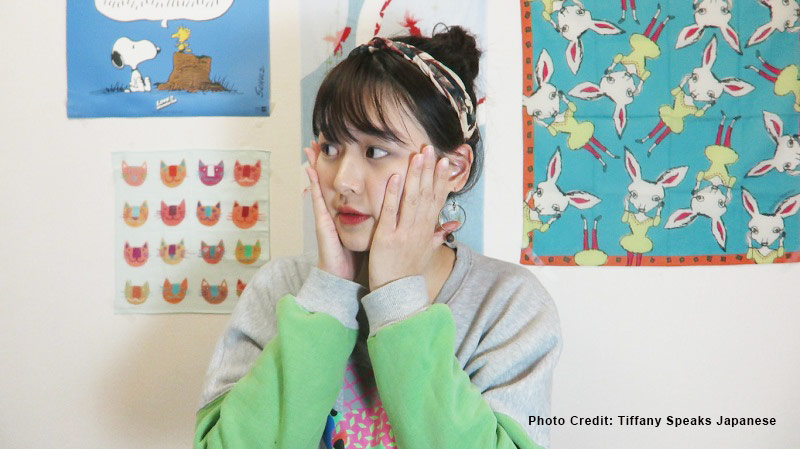 Take a Step Back and Think Outside the Box

Reminiscing back to the time when she first started out, Tiffany initially established her YouTube channel as a platform to exchange knowledge that’s not commonly taught in the classroom. As a life enthusiast, she has a passion for turning everyday experience into her own unique reality.

She consistently promotes her own way of learning Japanese as Tiffany’s learning method, which she successfully implemented in her recent project, “30 Days Non-stop Japanese Challenge” on her channel, where she excelled in demonstrating her ability in collecting everyday vocabulary from people in Japan.

By increasing her awareness level and analyzing her daily surroundings, she prepared an interesting topic each day to share with her audience, for 30 days.

When asked about the topics of her episodes, her mentioning of the advertisement in the metro station seemed to be a fascinating discovery:

While unwinding after a day’s work and sitting in the metro one day, she suddenly noticed ad posters that she normally wouldn’t pay any attention to, and made this the topic of her video. This off-chance finding led to her interest in looking for meaningful messages in mundane objects that might have been taken for granted in people’s fast-paced life.

On a special project like this, Tiffany was pleasantly surprised to be able to solidify her foundation in basic Japanese. In her search for interesting topics, she managed to build up from her existing knowledge of the language and improve on a different level. 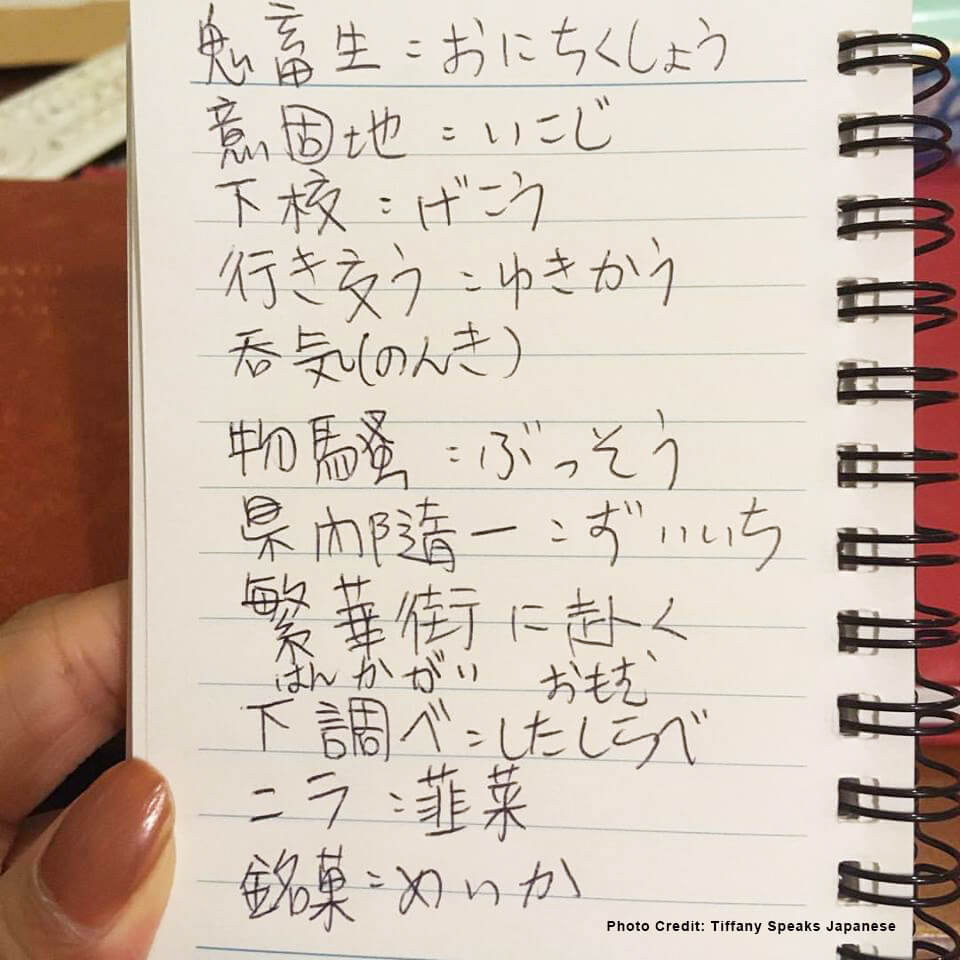 Find Your Weakness and Work On It

As an inspiring YouTuber in Japanese learning, Tiffany still considers herself a beginner in the language and admits that she’s always looking for new ways of improving on her skills. With all humbleness aside, she’s already working on her Kanji reading as a major learning goal for 2018.

With Mandarin Chinese being her mother tongue, she openly accepts her weakness in Kanji reading. Although Japanese was influenced by Chinese, and even uses Chinese characters in the writing system ('Kanji’ literally translates as “Chinese characters”), their pronunciation and meaning vary considerably.

While an obvious advantage for Chinese speakers in learning Japanese is being able to understand Kanji, they’re unable to read it correctly – at least not all the time. Therefore, a major pitfall in learning is misreading and mixing up the pronunciation of Kanji, which is exactly what Tiffany has been working on.

She’s already registered to take The Japan Kanji Aptitude Test, which is divided into 10 level categories, with level 1 being the highest (at university level). Currently, she stands between level 3 and 4, which is equivalent to the competency of a junior high school student.

In Tiffany’s continuous pursuit of self-improvement, accuracy and precision are two essential elements in her language learning. First, one must use the right words in any given situation; then work on expressing finer details.

The way she perceives word building isn’t as simple as increasing the volume of vocabulary lists. Instead, it’s crucial for her to learn words in the context of sentences. Tied together with her Kanji pronunciation – as several are possible depending on the usage – it’s best practice to learn them in example sentences.

In addition, learning vocabulary in sentences, or groups of related sentences, can deepen one’s overall comprehension while encouraging correct usage, especially when it’s relevant to real-life. In comparison, it’s no wonder that memorized vocabulary lists are quickly forgotten after an exam or cramming session.

As a firm believer in learning whole sentences, Tiffany explores further possibilities in real-life stories. She claims that subscribing to the Newspaper for Grade School Students helps enhance her expressive ability. Even though it’s tailored for elementary school students, she enjoys reading and picking up something new in each new issue. 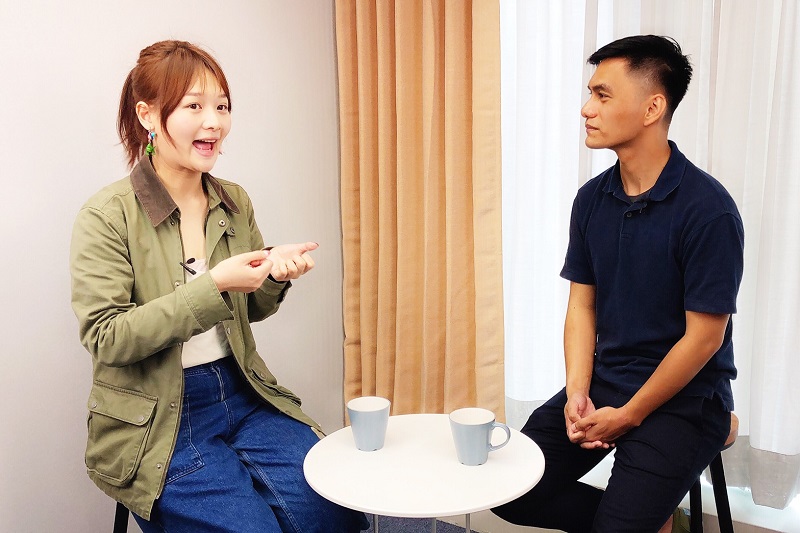 Following her introduction on learning complete sentences, Tiffany shares her recommended techniques for boosting speaking fluency. Aside from the lack of adequate vocabulary knowledge, we may consider digging deeper into the synchronization between our brain and the mouth.

When our brain is filled with a massive amount of information, time is required for processing. When learning sets of sentences with relevant topics or similar grammatical structures, it’s necessary to repeat the sentences or even better, after native speakers.

This is where shadowing comes in – a great technique for people who are focusing on speaking fluently, as muscle memory is progressively built up through repetitive training. Just like the way we build up muscle groups in weight training, we can train our mouth and tongue to mimic the native speakers just as well. Over time, our muscle memory adapts and reacts naturally to the sentences practiced in everyday conversations.

If there’s no available audio for practice, reading aloud from favorite literary works is another way to strengthen muscle memory. Just lock in on the repetition. 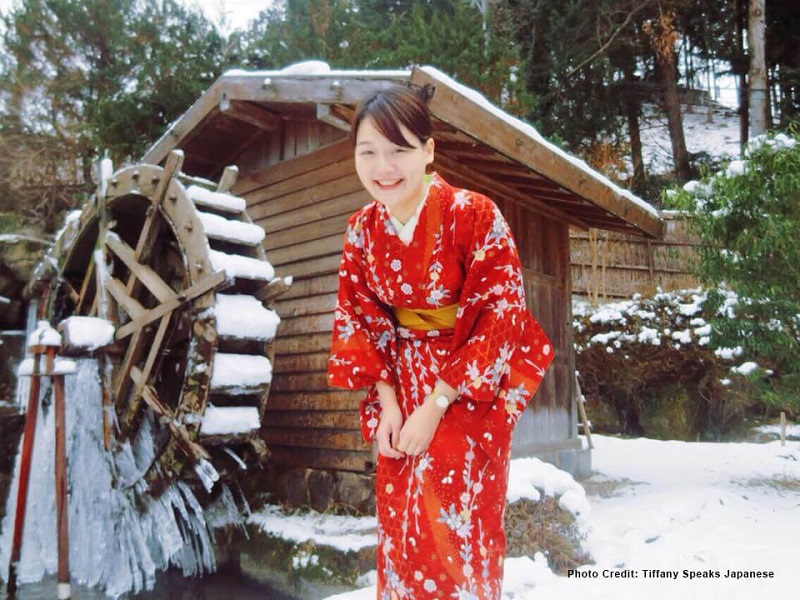 Gleaming with a sincere smile, Tiffany talks about her cultural experience with the local people. Having only lived in Japan for a few months, she had already started to notice her personality shift when speaking to Japanese locals.

“It’s the politeness in their culture,” she claims that Japanese people are sincere and gentle when it comes to general communication with one another. Tiffany admits to her natural bluntness and that before learning to speak fluently, she had to tone down her strong personality. Furthermore, she also had to get used to showing affirmation for things that she might have a second opinion on. In her own words, it’s always ideal to acknowledge what others are saying, prior to expressing what you might think otherwise.

In the end, Tiffany’s close observation on her daily surroundings helped her accommodate to life in Japan very well. Learning Japanese in Taiwan was much more inconvenient before she got into the exchange program, she recalls, as she often searched hard for forums or events involving Japanese culture or language without much luck.

Now that she’s settled down in Japan, she greatly benefits from the immersion where she has every opportunity to speak Japanese. Her greatest motivation in language learning is to speak just as well as her Japanese friends and classmates, for she often requests them to teach her how Japanese people would say something – in the most concise way yet fully expressing her original intention.

Today, Tiffany still aspires for her YouTube channel to serve as an inspiration to many learners like herself, through continuously exploring interest in Japanese and breaking through one's self awareness. 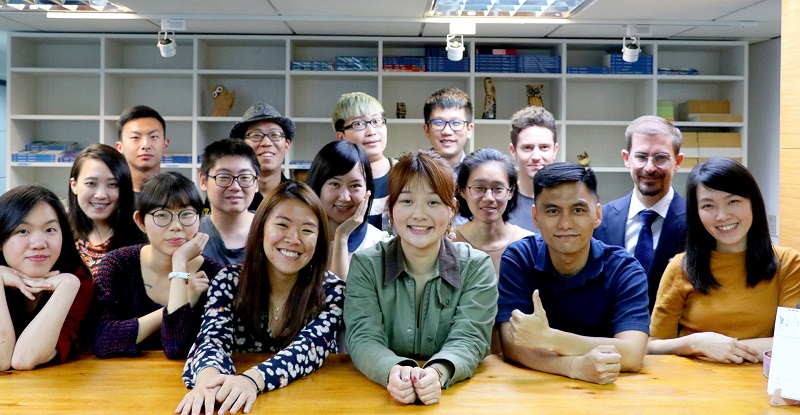 Would you like to build up your vocabulary through sentence training and experience speaking fluency much faster than using the conventional textbook method?

If you haven't made up your mind about learning Russian, then take a closer look at these 4 common myths surrounding the difficulty of the Russian language. Is it really that hard? Let's find out together!

Introduction to the Gaelic Languages The Gaelic languages, also known as the Goidelic branch, is one of the two branches of the modern Celtic languages. The other branch spoken to the south, Brythonic,