Maintain French and Continue Learning by Yourself

Now that you’ve been put through the wringer of university-level language classes, wouldn’t it be great to continue communicating in French after graduation? All those conversations and compositions reveal the progress you have made, as do those presentations and examinations you’ve pushed through – which is why you are now graduating and ready to bring your knowledge, including your knowledge of French, into the world.

How to Maintain Your French?

What are the most effective ways of maintaining, and even building upon this new language that you have acquired? There are actually quite a lot of ways to maintain a relationship with the French language, since French is widely spoken, and finding French language resources is relatively easy.

According to the French president, Emmanuel Macron, French is the fifth most spoken language in the world and he’d like it to become third, as he mentioned during the Journée internationale de la Francophonie on March 20th. As indicated by the name of this day set aside to celebrate the French language, the francophone world is international and widespread, spoken on five continents and taught in many schools where the most widely spoken language is something other than French.

Since resources are readily available, and with the French government, as well as francophone Canada, eagerly promoting such resources, I will address the four components of language learning that are an essential part of maintaining your French, that is: speaking, listening, reading, and writing. I will suggest ways that you can work on these components so that you maintain and even increase your proficiency in French.

The best way to get yourself to speak French on a daily basis is to immerse yourself in a French-speaking environment. Many American universities try to simulate this environment by having first and even second-year French classes meet daily in an exclusively French-speaking context.

If you are able to travel to a place where the principal language used to communicate is French, that will give your French a huge push, because this French-speaking environment extends beyond the single hour (or less) that is set aside for French classes at University. It is, in fact, a 24/7 experience and will grow to include extremely quotidian things you probably don’t repeat in a classroom that often.

I remember studying abroad in Paris for the first time and being able to discuss literature but, when it came time to wash vegetables at home, I was at a loss for the word “sink” (which, by the way, is “évier”).

Your French will also incorporate other things that are specific to the region in which you are spending time – familiar expressions, the names of monuments, specific festivals and traditions are all things that will find their way into your daily use of the French language.

If you are not able to spend time in a francophone part of the world, there are groups that meet up which specifically focus on speaking French and they typically include native French speakers who love the opportunity to speak their mother tongue and to meet people who appreciate their culture.

Having access to different media is central to what I would suggest for sharpening your listening skills. Make use of technology! All types of media in French will reinforce your language skills, but I will focus on two in particular, which will bump up your comprehension levels, since they occur in real time: radio and film.

French radio resources are vast, include segments on a wide variety of topics, and are presented in different formats. The seven national networks of Radio France are available online at no cost other than what you are paying for the internet. And there are no pledge drives, nor any advertising!

I’m a radio junkie and have certain shows I like – I think the discussions and debates about classical music recordings on “La Tribune des critiques de disques” on France Musique are a riot – but if you are making the move to French radio from the stations you normally listen to, try listening to coverage of world events or politics. You will recognize the main characters and conflicts of the news segments that are being related, while also getting another perspective on current events. Coverage of Brexit by political scientists interviewed on France Culture’s “Du Grain à moudre” is very different from what the BBC will offer. Also, discussions on these radio stations last up to an hour, which allows the commentators to go into a topic in depth. This is also very different from the five-minute coverage you might hear on an American station.

Watching films in French is another great way to sharpen your listening skills, and there is the added visual component that helps convey meaning. I will also point out that while radio speech tends to be quick due to time constraints (even in those hour-long French segments), speech in film is more varied. There are scenes that move at a slower pace, during which the actors might speak more slowly, or say very little, and these will be more manageable than fast-paced scenes with people talking over one another. Some media players have the option of slowing down sound and there is also software that can slow down the sound component of films without affecting the pitch.

Adding English subtitles can help guide you while you are watching films. No, they are not an exact translation of what is going on orally – the size of the screen places certain limitations on the text that can be used for subtitles. But noticing the incongruities between the actors’ lines and the subtitles will show how your language skills have advanced and bring to light certain choices made for translation. Another thing you can do is watch films you normally watch in a language other than French with French subtitles and see the translation choices that are being made for the material that is familiar to you.

Picking up a book – or going to a French website – might take a fair amount of motivation. It’s very easy to just read what pops up on your devices. If this is the case, try changing your settings to French. Then you will immediately encounter all of the terms you are familiar with, such as “download” (“télécharger”) as you navigate the web, and you will adjust to seeing these terms. As for reading material, I will go back to what I mentioned for radio listening and suggest you read an article on world events or politics whose storyline you are aware of; the French text will then give you details that fill in this framework and you will pick up some terms that are important for understanding the topic at hand. 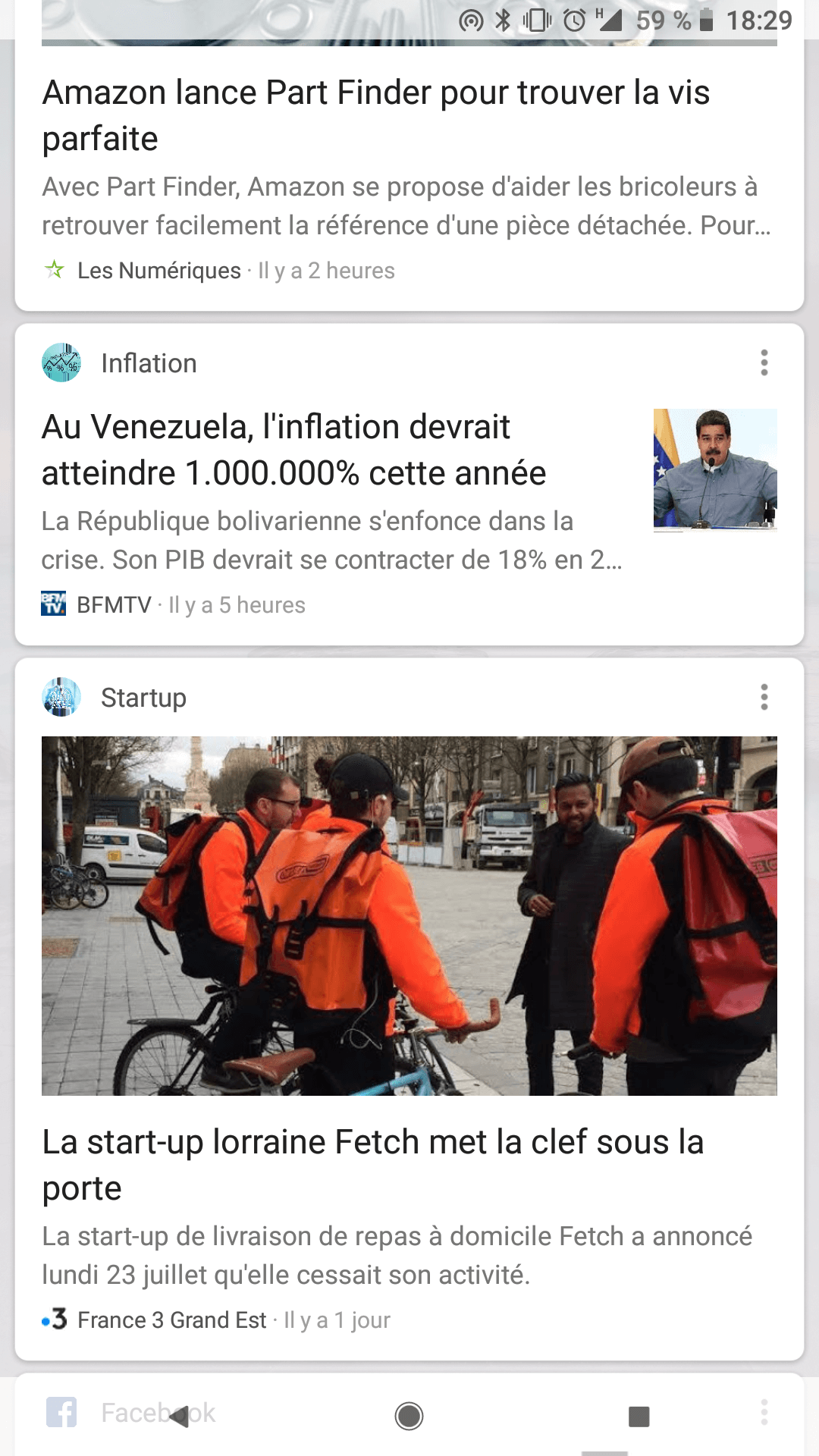 If you would like to go retro and read a physical book, with pages that came off of a printing press, I applaud you and will add that this is very French and that bookstores are plentiful in Paris. The well-known bookstore Shakespeare and Company, right by the Seine, is the setting for Ethan Hawke’s encounter with Julie Delpy in the film Before Sunset which, unfortunately, is in English – but turn on the French subtitles if you’d like to watch it. 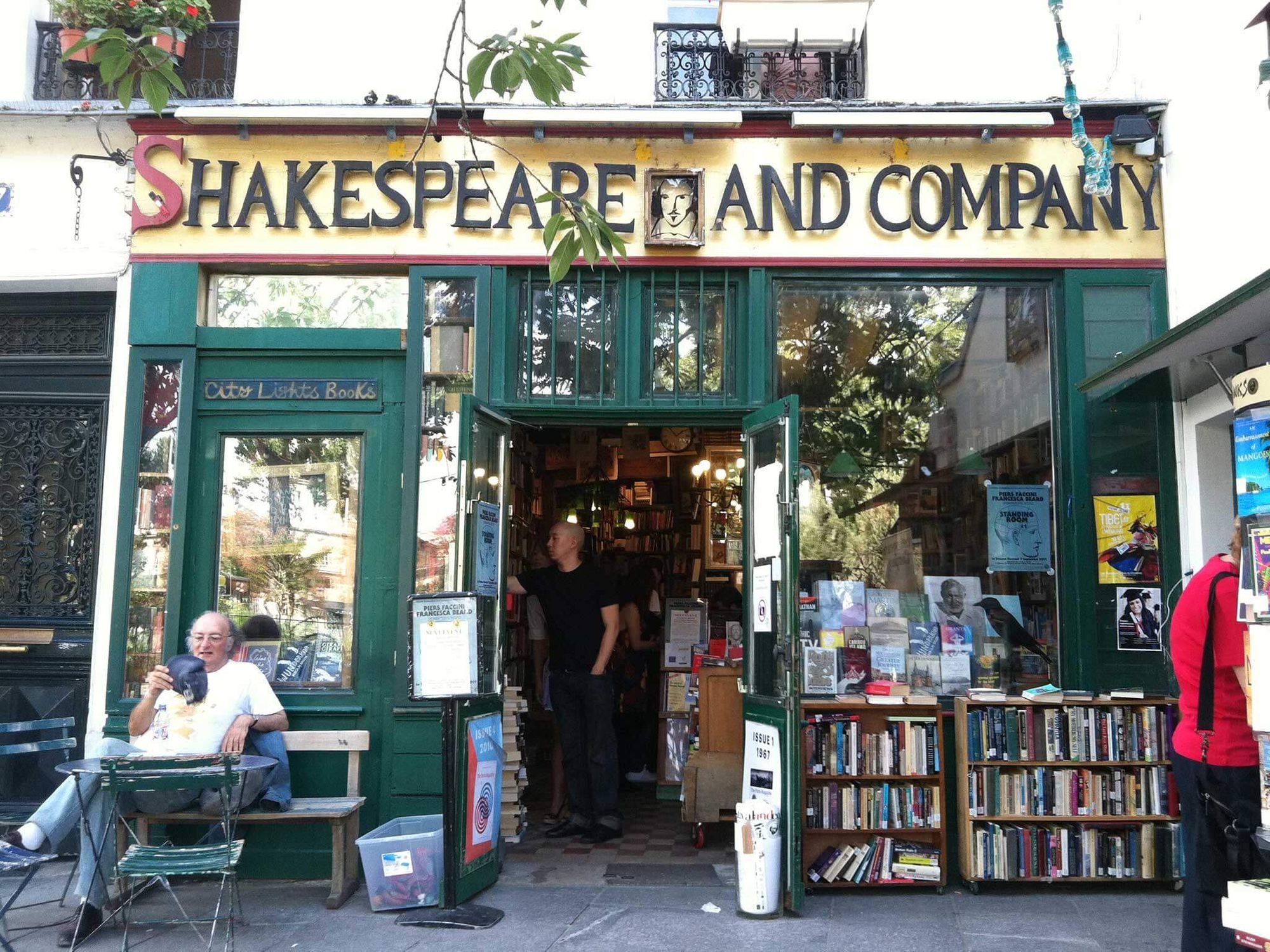 I’d choose a book that is easy to pick up and read, which is a very individual choice and different for each person. I took Muriel Barbery’s L’Élégance du hérisson everywhere with me for awhile because of its humor, the recognizable characters (I’d been around people who resembled certain characters in the book while living in Paris), and the fact that the book referred to events that had taken place when I was enrolled at the Sorbonne. Also, give yourself realistic reading goals. You might be motivated to finish a book in one sitting, but a page a day is fine.

This may be the most challenging of the four components of language described here since, while potentially solitary, writing is still pretty active, requiring physical movement of your hands and fingers. Sometimes my hand remembers how to write a word more than my head does, if that makes any sense. (My hand will, from muscle memory, either write an accent grave over a penultimate e in a word, or double a consonant following this e in order to produce an open e sound, /ɛ/, e.g., “la planète”, “je jette”). The trick with writing is to find a way to do it every day. Is there something you write every day, such as a to-do list? Make it in French. For this type of writing, you don’t even need to use complete sentences. This will, however, keep up your use of vocabulary for useful, everyday things, and remind you where to use a double consonant or an accent grave, among other things.

Do you have a French-speaking friend you communicate with over text? Write your messages in French. Some words will also cause certain emojis to pop up, which can confirm the meaning of certain words you are choosing for these messages. If you like sending email to your French-speaking friends, and if the settings on your computer are in French, your mistakes will probably be indicated and then you can go about finding the correct version of what you were writing.

Lastly, enjoy conversing, discovering new media, and communicating in French. It will only enrich your experiences speaking, listening, reading, and writing, and it might lead to new activities, acquaintances, and adventures!

🇫🇷 How Can Glossika Help?

Language learning is very much like working out. If you want to stay in shape, you need to keep doing the reps to maintain your figure. If you want to maintain a foreign language, you can't stop speaking it. Glossika's daily training help learners build and maintain muscle memory.

What if you live in a place where the majority of the people don't speak French, and you can't find a native French speaker to practice with? Glossika is here to help! Glossika's spaced repetition training will help solidify your memory of all the intricacies of French.

Sign up on Glossika and get your audio training started for free:

The 10-Language Dictionary of Chinese Characters I've had this data all collected in various locations for years. And I've been frustrated with how long it still takes me to look things up. It's