Introduction to the Finnish Language

With a reputation as one of the hardest languages in the world, the prospect of learning Finnish might be intimidating to people looking to learn the language, especially first-time language learners. There are two main reasons why Finnish is regarded as such a difficult language: the first is that there really is no other language quite like it. The closest relative is to Finnish is Estonian, and then Hungarian, but even then, there are more differences than similarities. The second reason Finnish is considered relatively hard to learn is because the language uses a grammar structure very different to many of the more widely spoken languages.

But don’t let this deter you! Finnish is such a beautiful language and rewarding language to learn. Not only that, Finnish is actually not nearly as difficult as one might expect. You can actually start learning how to speak Finnish right away. Read on to find out more about the history of the Finnish language, certain nuances that are specific to Finnish, and the best way to learn Finnish fast!

A Brief History of Finnish

Finnish is an Uralic language that originates from the Ural Mountains of Russia. Before modern Finnish was developed, it was part of the Sami language, the language of the indigenous Nordic people that still exist today in Northern Finland, Sweden, and Norway. After Finnish and Sami broke apart, it took until about 1450 for the language to start being written and recorded. Before then, it was solely an oral language.

The language itself isn’t whole, either. Like many languages, Finnish has different dialects depending on the region. In places like the capital city of Helsinki, many words are shortened beyond even the already-shortened colloquial Finnish. The hardest to understand dialect of Finnish that even native Finns struggle with is from a region called Savonia, which is similar to the relationship between standard American English and the English dialect of Appalachia. 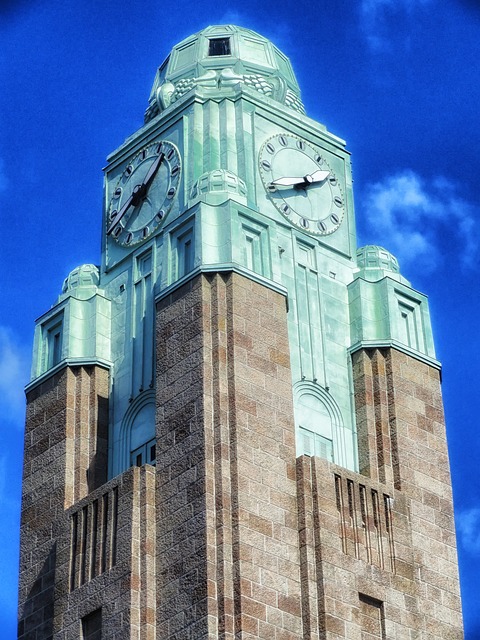 Aside from just dialects, Finnish is also divided into two main linguistic varieties. In writing, with the exception of messaging between friends and peers, Finnish words are generally longer and take on their proper dictionary form. In colloquial or spoken Finnish, many words are shortened. For example, in written Finnish, one would say “minä” to say “I”, but in colloquial Finnish, one would simply say “mä”.

What Makes Finnish So Unique?

Finnish omits a lot of preposition, conjunction, and determiner words such as “a”, “the”, “in”, “to”, “from”, etc. Instead of using those words, the language is organized with a series of suffixes. So instead of saying you’re standing “in” somewhere, you would add “-lla” or “-ssa” to the end of the word for where you’re standing in. This is something that can be a little bit complicated at first, but it's actually much easier than you think to grow accustomed to by just paying close attention to when each suffix is used. When it comes to Finnish, you definitely don't want to try to learn its grammar by studying by the book as it often breaks its own rules.

Finnish also has two extra letters with umlauts that are commonly used, which are “ä” and “ö”. The pronunciation of these letters falls under English’s own “a” and “o”, making it hard for English speakers to hear the difference between the normal “a” and the “ä”, same with the “o” sounds. This particularly becomes a problem when speaking, as pronouncing one of these letters incorrectly can turn the word you’re trying to say into a completely different word with a completely different meaning! This is why when you’re starting to learn Finnish, if you don't have a native speaker you can practice with, you should listen to audio from native Finnish speakers as much as possible so you can learn the correct pronunciations and compare your own pronunciation against that of native speakers.

Much of learning Finnish is about recognizing patterns. Because of that, many people don’t find much success in Finnish classrooms or with vocabulary apps. The best way to learn Finnish fast is simply by doing and doing often. Even though the language is phonetic, meaning that it’s pronounced just as it is written, it’s still a tough language for native English speakers to pronounce. That's why it's absolutely essential that you practice speaking Finnish as much as possible so that you can get a feel for the language early on.

Below, you'll find a list of essential phrases that you can start learning and speaking right away. These basic sentences will give you a solid foundation for participating in simple conversations and getting around if you ever find yourself traveling to Finland. For some phrases, there's only one common way to say them so you don't need to differentiate between literary and colloquial.

With Glossika, you'll be able to learn the Finnish language passively while going about your daily activities. By doing so, you can learn Finnish in a natural, intuitive way and really make the most out of your time.

Our Finnish course is designed to give you an immersive way to learn and accelerate your progress so you can actually hold conversations and start speaking fluently in an amazingly short period of time!

How to Stay Productive? For many working adults, finding the time to learn a new language is enough of a struggle, not to mention keeping up with daily practice. If you’re looking

Introduction to the French Language French has long been commonly known as many as the language of love. As one of the five Romance languages that evolved from Vulgar Latin, French is well-loved