If you're a native English speaker just starting out on your journey to learn a foreign language, then dots and accents and hats over and under letters can be an intimidating aspect of foreign languages. Not to mention that some languages are written in completely different scripts.

Let's first take a look at how these diacritics play a role in helping the native speakers of those languages, and once we have the basic concepts down, you'll be able to apply what you know in even learning languages written in different scripts.

A language's writing system, which we call an orthography, is best suited for native speakers of that language, not for learners of the language. In most cases, what feels most natural and best suited for them may not make a lot of sense to the learner. This is because you grew up learning different norms for how to write.

You may have noticed how English spelling doesn't make a lot of sense most of the time. First, you have a lot of silent letters, like {-e} at the end of words as in "like", and {gh} in the middle of words as in "light". And if I write "lik" you'll be quick to point out it's not valid and should be "lick", yet "lit" is fine.

Many languages have old writing systems that haven't been updated in a long time and therefore are written quite differently than how they're currently spoken. But a lot of languages continue to make updates and changes every hundred years or so. These languages are the ones that are most likely to add a few diacritics to help make things clearer and make things more regular.

Since English has twelve vowel sounds but only five roman letters with which to write all those vowel sounds, we have quite a few ingenious ways to represent them, often by using double letters like 'ea' and 'ou'. English probably acquired such practice from the French language which still does likewise.

One of the best universal ways to represent the true value of every sound in every human language is to use the International Phonetic Alphabet. This alphabet, based on Roman and Greek letters is used by scientists and linguists to analyze any language.

Historically speaking, the letters {ä} {ö} {ü} first appeared with an {e} written above the letters (which I've seen still on German signs). Over time, they simplified to two dots.

Among European languages there are two kinds of dots that appear over letters. The first kind is called an umlaut which applies a sound change to the base letter. The second kind is called a diæresis which is required in languages that normally uses two letters to represent one sound, as in English naïve or coöperate (as is still used by the New Yorker magazine), and is used not to change the letter, but to keep it pronounced separately.

The most common languages where you will encounter umlauts is in the northern languages of Europe. These languages (like Danish) are known for having more vowels than most other languages on earth. It's quite rare, but they use the same alphabet and need more letters to represent all these sounds.

Most languages follow the same general rules, but may switch letters around for what they are used to.

Other Letters that Take Umlaut-y Sounds*

These aren't umlauts! They're diæreses*!

*This means that the letter is simply pronounced separately.
letter {ë}
Not a Glossika user yet? Try Glossika for free now! 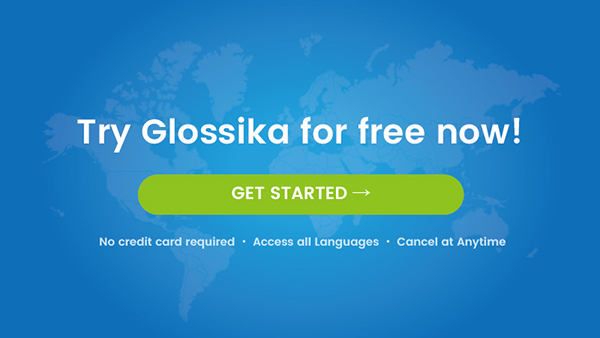 How to calculate how difficult a language is? How accurate are the infographics floating around the web these days about language difficulty? — Pretty inaccurate! They're mostly subjective opinions that people have based on

This came up in a Chinese conversation I was having the other day, when I realised there's no easy way to refer to this symbol. How do You Pronounce It? If any Japanese