It felt like it was only yesterday that I opened the very first Mandarin Chinese textbook I bought at a small bookstore when I was living in Paris. I didn't know anything about Chinese characters, tones, pronunciation or grammar. But that didn't scare and stop me. That's actually what I love about foreign languages, especially the ones that are very different from French. It helps me discover a new world, gives me a very different perspective, and opens up a new chapter in my life. The very first day when I opened my Mandarin Chinese textbook, I would never imagine I'd live and work in Taipei, the capital of Taiwan, a few years later. I wouldn't believe I'd speak Chinese with my relatives, colleagues, and strangers, all day, fluently.

Mandarin Chinese is not difficult to learn. No, really, I'm serious. It's true that it takes a lot of practice to master the language, but if you really want it and dedicate some time each day to achieve your goals, nothing can be complicated.

Let me explain why. 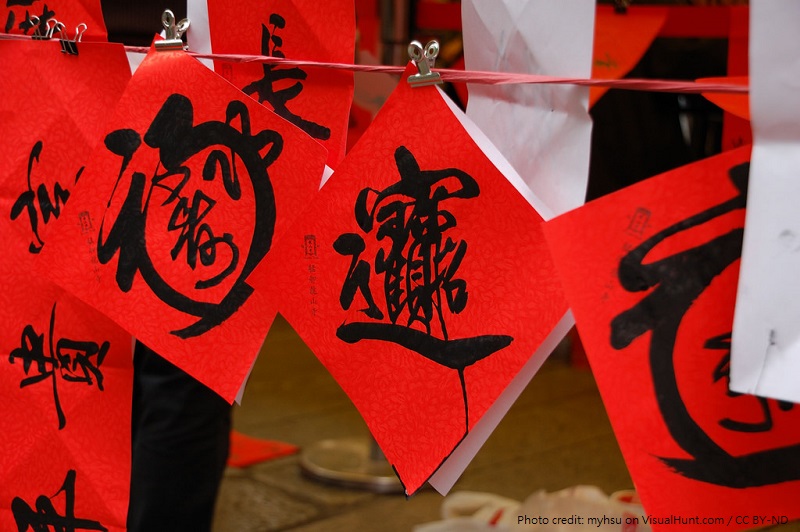 Pronunciation is the foundation and core of language learning. If you know how to pronounce Chinese characters correctly from the beginning, you'll be able to grasp and assimilate the sounds you hear. Native speakers will also understand you more easily.

When I was learning Chinese, I knew several people who didn't think pronunciation was important. They put all their efforts into memorizing characters. And they thought the more they could read and write, the better they are in mastering the language. But it turned out that whenever they tried to say a sentence, native speakers wouldn't be able to understand them. Thus, they'd dive back into their lists of vocabulary thinking they had to work harder and memorize more.

For me though, I always liked to learn the sinograms (and I still like to do this up till this day), but I realized that learning to write a character in Chinese only required a smaller amount of energy if I had already learned how to pronounce the word. From that moment, I decided to learn to speak Chinese without focusing solely on writing. This decision was also the most important decision I made when I learned Chinese.

In my article: "How to learn a language naturally," I talk about the importance of knowing the IPA (International Phonetic Alphabet), which I think is an essential element for anyone wishing to acquire an excellent accent quickly. The sentences below are written in Chinese with their IPA transcription:
沒問題 。(‘No problem.’)
[méʲ wə̀n tʰí.]

What is interesting in these two sentences is that all the sounds exist in English, they are just not pronounced in the same order.

Of course, there are sounds in Chinese that don't exist in English, but the examples above show us that native English speakers are not starting from scratch.

To begin, I highly recommend you to learn bopomofo (zhùyīn fúhào) or pinyin, which are the two primary systems of romanization of Mandarin Chinese. It is very important to learn them by comparing them with their IPA pronunciation. This way, each time you read a word in bopomofo or pinyin, you will be able to pronounce it better. By doing this from the beginning of your Chinese learning journey, you'll quickly get used to the sounds of the language.

Learn the pronunciation like children or good musicians: listen, imitate, and repeat over and over again! It is the most natural way for human beings to acquire languages. Keep in mind that our brains are biologically programmed to learn to speak any human language.

The Tones of Mandarin Chinese 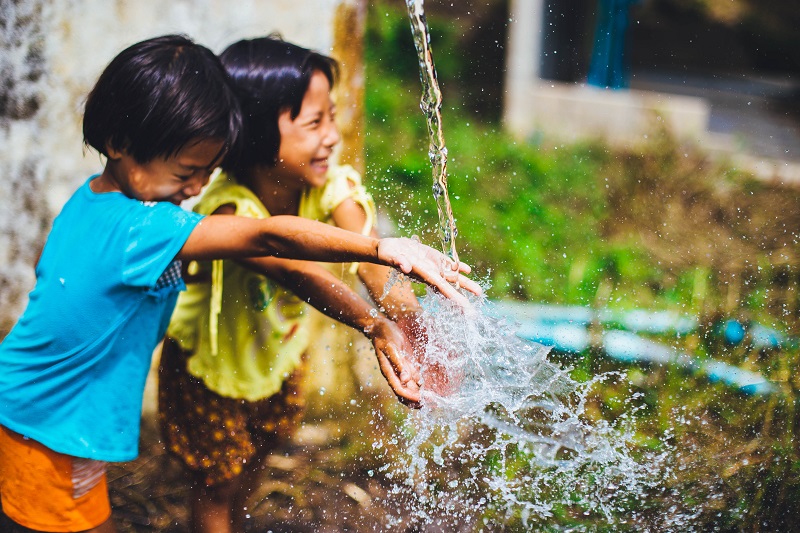 Chinese has 4 tones, 1 neutral tone, several tonal sandhis, etc. If you are interested in the Chinese language, you might have already known this.

Tones may sound intimidating at first, but all languages have tones, even English. The only difference is that in English, tones are used to express emotions. For example, would you say "no" the same way in different contexts?

In these two cases, you said "no" in two different tones and expressed the negation. Your intonation changed the degree of intensity. How did you learn to do that? Has anyone warned you that when you want to show authority, you have to say a word in a tone that starts at the top and suddenly goes down? Or that when you want to be friendly, you have to pronounce it with a high, light and stable tone? It's unlikely. You merely listened to your parents and relatives when you were a child. You heard and imitated them for many times. It was like a game to you, no pressure, no one to correct you. You figured it out by yourself.

In Chinese, if you pronounce a word with a different intonation, you'll completely change the meaning of the word. Just be aware of it and be careful, but once you understand this, Chinese tones aren't more difficult to assimilate than any tonal or non-tonal language. Just repeat exactly what you hear. Trust your brain, and it will find the patterns and adapt itself. It has been doing so for hundreds of thousands of years.

The Grammar of Mandarin Chinese 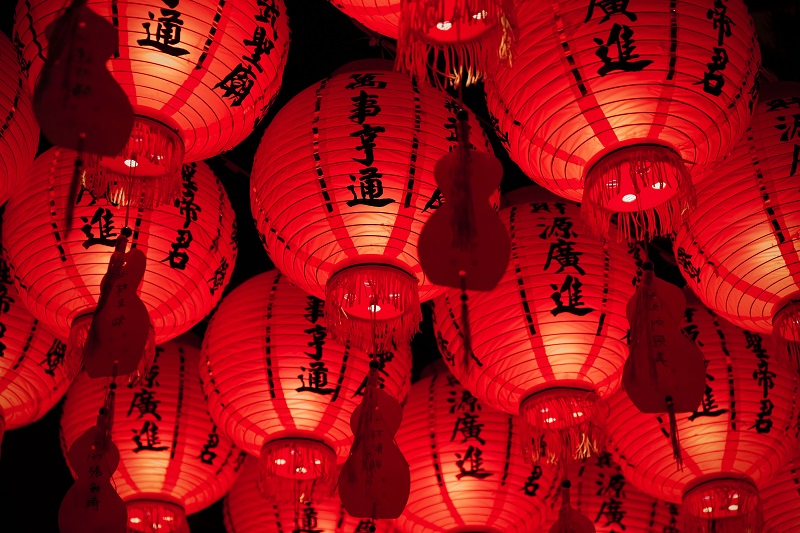 In the world of language enthusiasts, there seem to be two sides: ones who say not to study grammar because it is learned naturally, and those who think that even at the very beginning of learning, grammar provides a good foundation and a structure that allows you to progress more quickly.

It depends on the language you are studying and who you are. When I was learning Korean, I enjoyed reading books that explain the grammar rules in a clear and straightforward way. And it served me. But for Chinese, I've never read a single grammar book! The grammar of Mandarin Chinese, as a native French speaker, is much simpler than that of French, English or Korean. It was therefore not necessary for me to spend so much time on Chinese grammar in my learning. It was set up naturally and effortlessly for me.

There is no correct way when it comes to learning grammar. Just pick the method that works for you! As far as any Chinese learner is concerned: word order is the same as it is in English (subject-verb-object order), no time, no conjugations, no genres, etc. So don't let Chinese grammar stops you from learning the language! 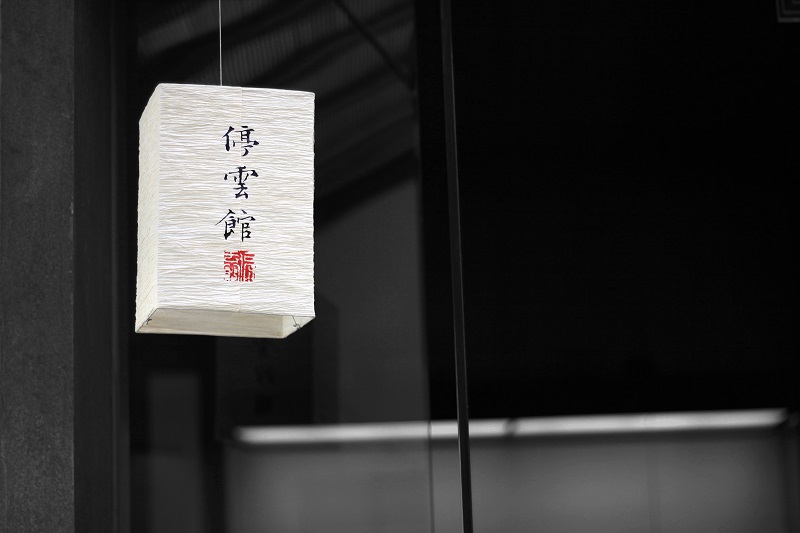 Learning how to write in a language is very different from learning to speak it. Most of the languages spoken in the world aren't written, and this does not stop anyone from speaking them. Learning Chinese characters is not the same as learning to speak Chinese, and it is surely possible to be fluent in the language without knowing how to write it.

Bopomofo is the first writing system that children learn to read in Taiwan. However, in China, children learn to read pinyin instead. Bopomofo and pinyin are phonetic alphabets used to pronounce Chinese characters. It is essential for children to learn them because it is difficult, if not impossible in most cases, to guess the exact pronunciation of an unknown Chinese character.

If you want to understand how Chinese characters work, imagine that they are equivalent to the logo of a well-known brand that you know well. For example, you know the logos for Apple, Nike or Adidas well. When you see the swoosh, you know that it represents Nike and you know how to pronounce it. It is the same principle for Chinese characters. You need to learn to recognize a character like this one: 月, know how to pronounce it: yuè (pinyin), ㄩㄝˋ(bopomofo) or ɥe˥˩ (IPA), and its meanings: month, the moon.

The Chinese language is written entirely with characters. But don't panic!

First, if you want to be competent in writing, you only need to be able to recognize and know how to pronounce the most commonly used characters.

Second, even it is culturally interesting to learn to write them; it is not necessary. If you can pronounce Chinese characters, then transcribe them to bopomofo or pinyin. Then typing them on a computer keyboard or smartphone is easy. You can learn to pronounce and recognize them, but you don't necessarily need to know how to write them.

When I was learning Chinese, I got to a point where I was overwhelmed by the characters because it took me a long time to learn them. And I felt like I wasn't moving at the pace I'd want with speaking. Someone then advised me to drop the writing and just learn to read and type the characters until I could speak the language well. I took his advice, and my progress suddenly skyrocketed. The feeling of stagnation disappeared, and as I spent less time working on writing, my level of conversation improved very quickly.

Chinese characters are fascinating and very interesting to learn. Even if you want to focus on the speaking, you should still learn the basics, so that you can use them as a basis.

How to Learn the Characters?

There are many books, websites and comprehensive apps for learning Chinese characters. What I recommend is to learn to recognize the basic characters and the main radicals. They are the components of the characters and will help you memorize them quickly and efficiently. For example :

The character for "tired": 累, is composed of two elements: 田 (a field) above and 糸 (silk) below. One could think, at the time, in China, men worked in the fields while women stayed at home and wove silk clothes. Women and men worked hard producing vegetables and clothing, and they were exhausted after a long day of work. By knowing the meaning of the different components of a character, it becomes easier to understand the meaning of a word and remember it. Using the etymology and mnemonic for memorizing characters is an effective and quick way to learn them.

See, the Chinese language isn't as difficult as everyone says it is.

In the last episode of #HangoutWithGlossika, we are very honored to have Mr. Yokita Lim, who is very knowledgeable and passionate about the Taiwanese language, with us. He's the founder of Facebook page

Did you remember how you acquire your mother tongue as a baby? In the article, it talks about how we learn our native languages naturally and the importance of knowing the pronunciation of a foreign language.