The Chinese Learning Journey of Robert and Gemma

Robert, the founder of HolaTaipei, plans customized tours for people visiting Taiwan.
Gemma, a Spanish teacher at My Dear Teacher, has been teaching Spanish for 6 years.

Robert and Gemma walked into the office on a Friday afternoon. Robert, with his bristly beard, is dressed in a blue checked shirt and slim jeans. Gemma, in her black dressy shirt, fitted blue jeans, and a pair of boots, wore the persona of a confident cowgirl from any Western movie. If they were walking on the streets of Barcelona, you wouldn’t have guessed that they speak fluent Chinese.

Just seconds before the shoot, Gemma fixed Robert’s hair for the last time. This wasn't their first time in the Glossika office. Last year, around the same time, they were sitting in the room right next door recording sentences for our European Spanish course. Despite the fact that they are quite familiar with the Glossika team, it wasn’t hard to tell that they were still a bit nervous.

On Robert’s left, sat a man with clear eyes and curly hair. He is our multilingual host of the #HangOutWithGlossika series – Imad. He has been living in Taiwan for about 7 years. Because of his broad global vision, he has been interviewed by media such as Apple Daily and Up Media. 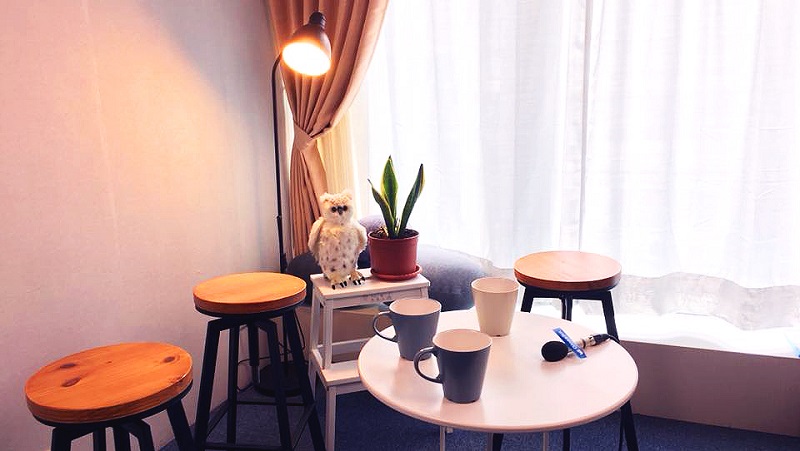 When you need (to use) the language, everyday is an adventure. - Gemma

When they first relocated to Taiwan, Gemma often found herself in what she refers to as “funny moment” because of the language barriers. At the supermarket, she once took softener instead of detergent and didn’t realize it until later. On another occasion, she mixed up drinkable yogurt for milk just because they both share the character 乳 (rǔ) (literal translation for "milk" but also refers to "dairy" in general) on the label. Again, she didn’t realize it until she was cooking it at home.

Even though Robert and Gemma have been living in Taiwan for 7 years now, they still run into language barriers sometimes. Robert shared a memorable incident that took place last year. In Chinese, 10 is pronounced as "shí" and 4 is pronounced as "sì." When Robert called the moving company to make a reservation, Robert’s 10 a.m. for some reason was taken as 4 a.m. by the Taiwanese worker from the moving company. The workers showed up at their door at 4 a.m. the next morning. And, of course, Robert and Gemma were still asleep in the bed.

You need to learn it as you keep needing things. - Robert

Robert and Gemma started learning Chinese in Barcelona out of pure interest. At that time, they never thought they’d end up in Taiwan one day. But yet, life works in mysterious ways. They had a chance to move to Taiwan a few years ago. After they arrived, learning the language became a way of life.

In order to ease into her daily routine, Gemma enrolled herself in an intensive Chinese course, where they would meet for 3 hours everyday. On top of strengthening her speaking skills, Gemma also learned how to write the characters. According to Imad, writing out the characters is the hardest part when it comes to learning Chinese – and Gemma seemed to agree. Back then, Gemma would always bring the workbooks home and write out the characters one by one. The intensive course was indeed very helpful. But, Gemma sensed a problem – the lack of confidence when she needs to use those vocabulary, even when she already knew a handful of them.

Unlike Gemma, Robert had to work during the day. Therefore, he had a tutor doing one-on-one lessons with him. The tutor focused a lot more on the day-to-day communication skills, such as how to take the taxi or order a meal. This makes "everyday situations" much easier for Robert to deal with. One of Robert's biggest motivation for learning Chinese is that as he lives in Taiwan (where Chinese is the main language), he will always learn more; it’s as if he’s propelled to keep on learning more and more.

Chinese is very fun to learn...until you introduce the tones. - Imad

To native Chinese speakers, it's a common knowledge that each character is identified with its unique tone. It’s intuitive to them that different tones represent different meanings. However, people who are learning Chinese would beg to differ. For them, it can be quite challenging trying to “match up” the tones to the characters. In English or Spanish, change in intonation or tones only show the change in one’s emotions. From Robert’s moving incident, we can assume that he tried to emphasize the time, yet the meaning was misinterpreted entirely.

During the halftime, Imad shared an interesting personal experience. When he was taking Chinese classes years ago, he and his classmates (from different countries) would have conversations without any tones. They often made fun of Taiwanese people and said that they were the ones who didn’t know Chinese. Being unfamiliar with the corresponding tones at the time, flat-toned Chinese worked better for them.

“To Europeans, Chinese is a very strange language. When we hear a language that we don’t understand, we will say that it sounds like Chinese,” said Robert. For beginners to look at a Chinese character, they have to consider at least 4 components: pinyin, character, tone, and meaning. Of course, there’s also grammar, but we won’t get into that. In the end, Robert realized that if he had to think about all these parts that made up the words to form a sentence, it's just not going to work.

"You’re going to sound like a robot," said Robert. 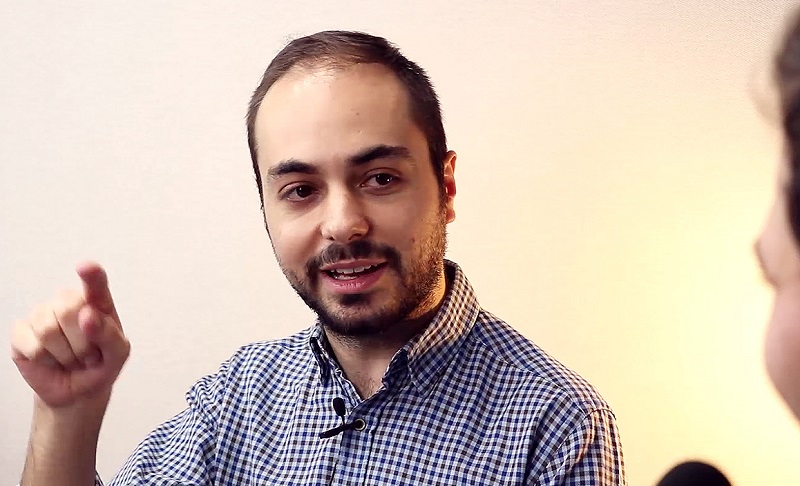 In the end , I stop worrying too much about memorizing the tone itself, but absorb it in a different way. - Robert

During the shoot, Imad assured Robert that they can always reshoot if he didn't feel satisfied with anything, expecially since there is a segment of the interview that had to be done in Chinese by Robert and Imad. They were both nervous and thought that they might need to redo the part over and over. Even the marketing team was expecting that to happen, as they planned to use that footage for bloopers. Much to our surprise, however, they nailed it without stumbling at all on their first try! We then started to wonder how they achieved that level of pronunciation and fluency. And, they had a few tips to share!

To Robert, the key to master pronunciation is by listening and speaking. "This is how my brain works: I repeat what I listen.” When he speaks to native speakers, other than focusing on how they pronounce ea ch word, Robert tries to use the vocabulary that he doesn’t know well as often as he can. “If I say it wrong, people will correct me. Then, I listen and I make some changes. If I say it wrong five times, then I correct it for five times.” To Robert, making mistakes is a natural process in learning. In the cycle of listening, making mistake, listening, and correcting, “tone of a word and the word itself becomes a whole." 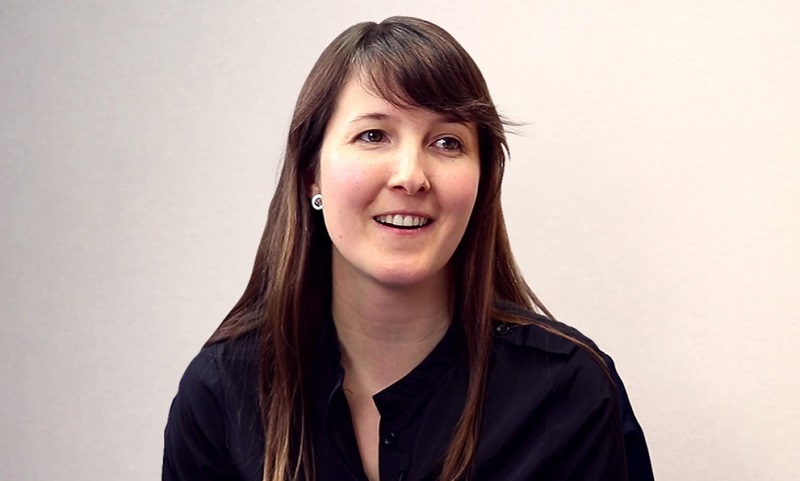 When you write, you force yourself to focus and think. And you find out what you know, discover what you still don’t know and want to know. - Gemma

As a Spanish teacher, Gemma had a few tips for Spanish learners. “Forget about grammar and focus on communicating.” From her teaching experience, Gemma pointed out that most Taiwanese students care too much about grammar when they speak. However, this actually hinders their speaking skills. Gemma also encourages learners to write things down, even if the sentences might be short and silly in the beginning. In Gemma’s opinion, you get to focus on what you already know and find out what you don’t know and still want to know.

Imad has been learning Spanish for a while now, so he took the opportunity to ask Gemma, “If I learn Mexican Spanish, will I be able to communicate with people who speak Spain Spanish?” Gemma assured Imad that these two types of Spanish are mutually intelligible. Although the Spanish in Latin America has been influenced by different cultures and historical events, people have no problem understanding each other no matter which kind of Spanish they speak.

What does language learning mean to you? In one word, it means freedom. - Gemma

Robert’s attitude and outlook for language learning is what every language learner should consider adapting. From the interview, he kept saying, “Maybe you won’t remember the first time; however, on the third, the fifth time – you will remember.” Language learning to Robert is a combination of struggles and fun times. You have to continuously remind yourself to keep practicing and reciting. Language learning is like an intelligence challenge, yet it's interesting and rewarding when you are able to discover a different culture through another language.

To Gemma, language learning means freedom. When you are not limited by the language, you get to travel freely, make friends from around the world and work wherever you want. “No matter what your job title is or where life takes you,” Gemma shares, “the more language you know, the better.”

From Robert’s “never give up” attitude to Gemma’s encouraging words, there is a lot for us to take away from and reflect on. In this multilingual era, everyone is a language learner. We might come from various cultures and different backgrounds, but there’s one thing that we all have in common: we struggle, we grow, and we are satisfied because of languages!

With one session a day, make language learning a part of your life!

Glossika focuses on helping you achieve fluency. Our unique algorithm provides you a personalized learning experience. Using syntax to internalize grammatical structures and increase your vocabulary through the daily session.

The Glossika Blog
—
From Barcelona To Taiwan: The Chinese Learning Journey of Robert and Gemma
Share this